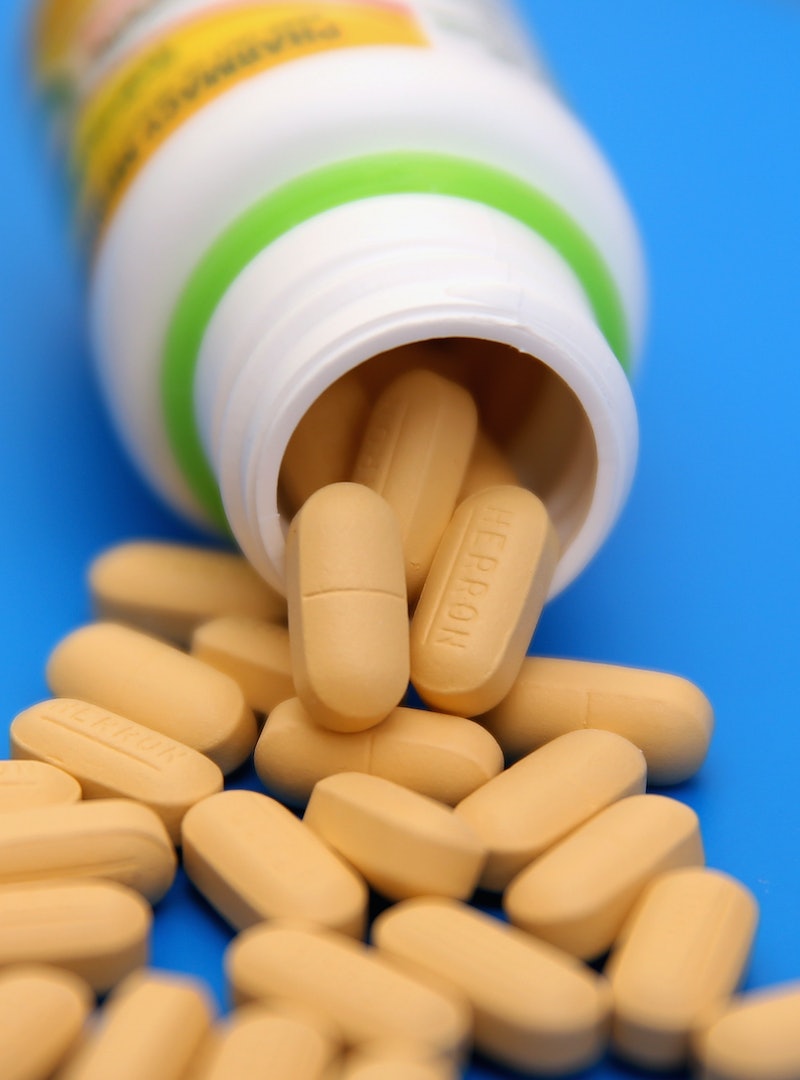 In my experience, the process of finding anti-depressant and anti-anxiety medications that work the way they're supposed to is like playing Wheel of Fortune. Every visit to the doctor's office is like a fresh spin on the roulette wheel. Maybe luck is in your favor and you land on the million-dollar wedge — Your meds are effective beyond all belief! The prescribed drug works wonders and you barely have to deal with symptoms anymore! Or maybe you hit a rough spot and go bankrupt — you experience nausea, total lack of libido, weight gain, or even suicidal thoughts. Most likely, though, you land on something like the $350 wedge — your new meds might have minor positive effects, but they don't work like you were told they would, and depression remains a real problem.

If this experience sounds familiar, don't be surprised. According to the New York Times, 1 in 10 American adults takes an antidepressant. However, a new study by a group of researchers at McGill University and the University of British Columbia suggests that there might be ways to find out whether individuals respond at all to antidepressant medications.

Depression can lead to feelings of hopelessness, apathy, decreased energy, appetite and weight changes, suicidal thoughts, and difficulty sleeping, among other symptoms.

It may be surprising — I know it surprised me, given the sheer number of people who are affected — to realize just how little the scientific community understands about the specifics of mental health disorders. With the proliferation of SSRIs (selective serotonin reuptake inhibitors) like Zoloft, Lexapro, Paxil, Celexa, and Prozac, a bigger spotlight is being shed on just how they work. Even the best doctors can't be sure how a given person's body will respond to a certain antidepressant. But the discovery of a new molecule called miR-1202 has the potential to change that.

A lack of miR-1202 can indicate that a person is more likely to become depressed. When the researchers prescribed the antidepressant Celexa to a group of subjects with depression, there was a wild range of reactions. Some responded to the treatment, while others didn't at all. The conclusion: if someone has low levels of miR-1202, he or she might well have lower chance of responding well to antidepressants and can instead immediately begin alternative forms of treatment.

A quick rundown on some other types of treatment:

It's worth noting, though, that individuals respond in vastly different ways to various solutions. For example, a combination of yoga, psychotherapy, and Lexapro helps me a lot, but may do nothing for someone else. If you or someone you know experiences depression, do consider going to see a health professional who can help you investigate your options. Getting tested for miR-1202 levels isn't widely available right now, but who knows? It may revolutionize the way we look at treating depression.

If you're searching for a good read and you'd like to know more about this topic, check out some of these books, which present realistic portrayals of mental illness.

More like this
This Psychological Effect Might Be Keeping You From Hitting Your Goals
By Lexi Inks
Chelsea Clinton On The Best Advice She Ever Got From Her Mom
By Brianna Kovan
What Demi Lovato Really Thinks About Child Stardom, Depression, & Sobriety
By Radhika Menon
Here's How Cardio & HIIT Affect Your Body Differently
By Carolyn Steber
Get Even More From Bustle — Sign Up For The Newsletter