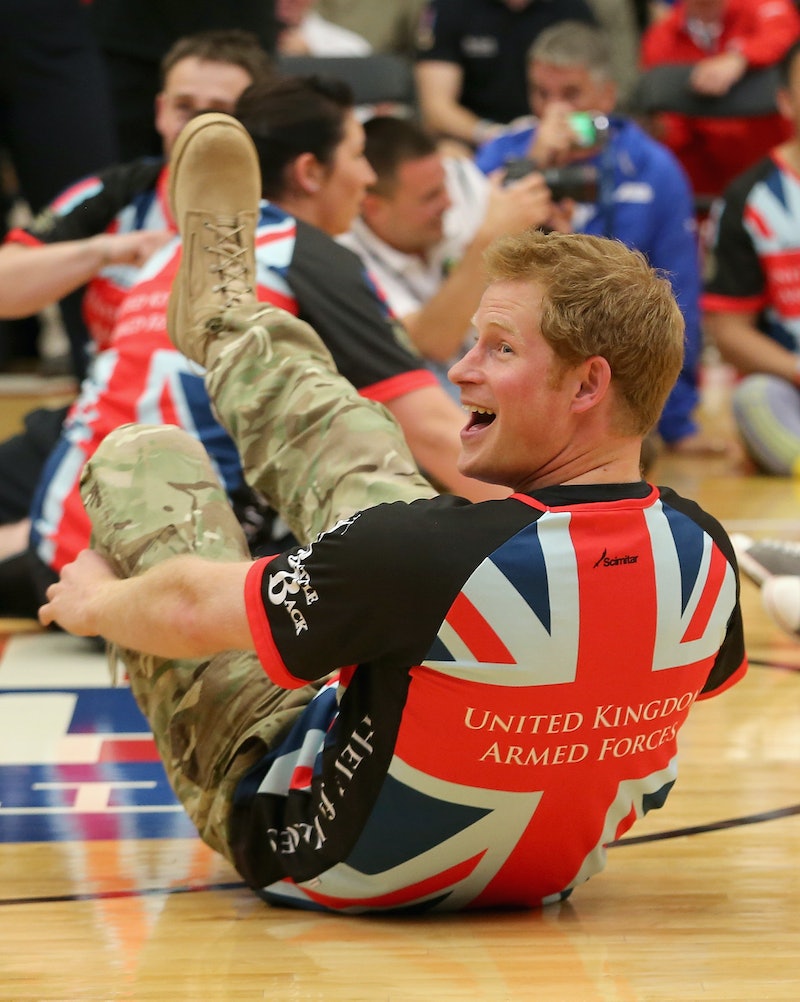 Oh, Harry, you're killing us. Is it not enough that you spent most of May sweeping America off its feet, winning Hello Kitty dolls for little girls and honoring our fallen soldiers? Not to mention the human pyramid you helped form, the head-to-toe army fatigues you rocked day in and out, and the - deep breath, now - baseball game with inner-city Harlem kids?

Nope, he's not done. On Monday, soldier James Wharton revealed that the prince stepped in during a homophobic conflict back in 2008, ensuring Wharton's safety from a rival regiment. (You might want to take a deep breath before the next bit.)

Wharton had been "stupidly" boasting about a night of passion with a male soldier, he recalled in his memoir. The story spread quickly, and six "extremely angry" sergeants confronted Wharton, demanding to know why he was spreading rumors. When Wharton told the prince what had happened, Harry clambered straight out of their tank and went to find the men involved. "Right," he told Wharton. "I'm going to sort this s--t out once and for all."

Which he did. Because he's Prince Harry.

Other Harry-centric tidbits from Wharton's memoir include the prince incredulously reflecting on being a gay icon ("Is it because I'm f--king ginger?!") and the "fascinating" tale of how Harry lost his virginity (on this, Wharton unfortunately left it at that.) And a lot of profanity. Because, again, it's Prince Harry.

Oh, and here's a video of him casually flipping a helicopter in mid-air for a military air show. Because why not, at this point.