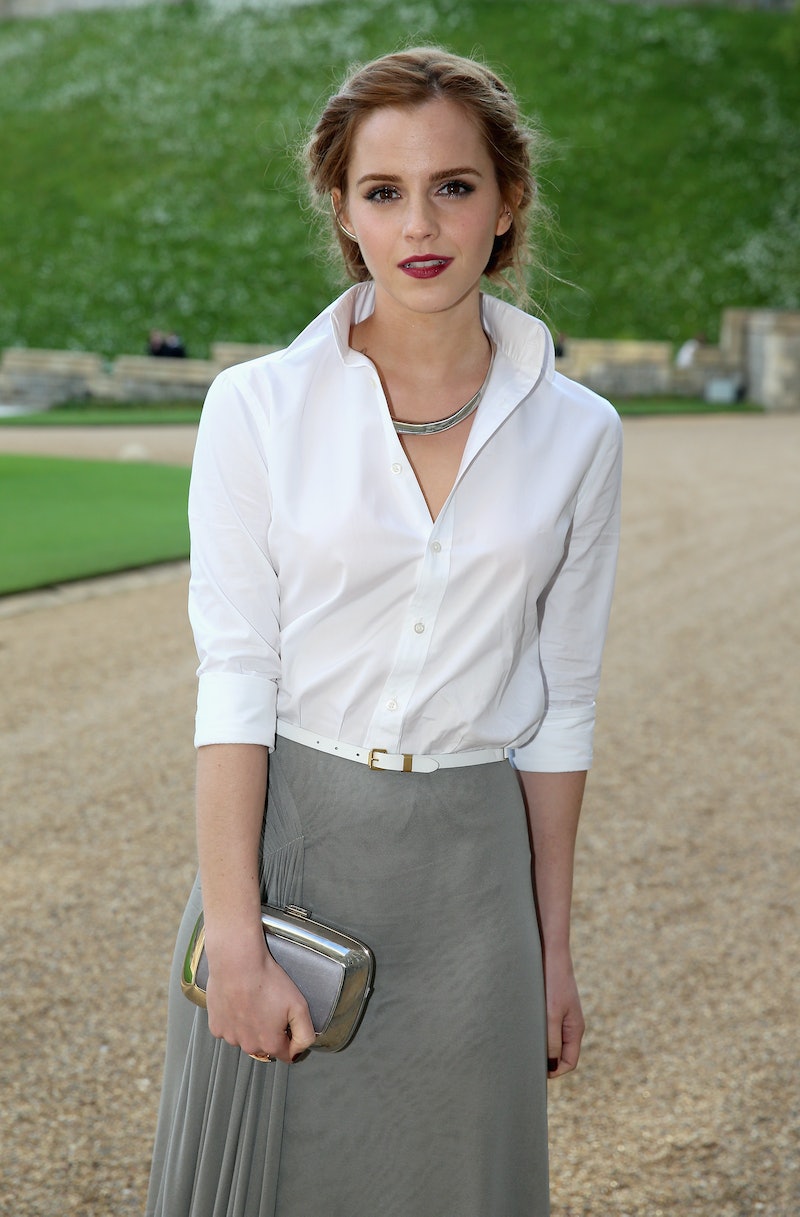 Emma Watson's career post-Harry Potter has been a mostly indie-fied progression. But perhaps she's only been able to stick to the Sundance circuit due to her once-busy academic life at Brown. In any case by the looks of things to come, Ms. Watson is returning to the bigger genres in a big, big way. She co-starred in the biblically epic Noah and is co-starring in the upcoming crime thriller Regression with Ethan Hawke. According to Indiewire, the film synopsis is:

Minnesota, 1990. Detective Bruce Kenner (Ethan Hawke) investigates the case of young Angela (Emma Watson), who accuses her father, John Gray (David Dencik), of an unspeakable crime. When John unexpectedly and without recollection admits guilt, renowned psychologist Dr. Raines (David Thewlis) is brought in to help him relive his memories and what they discover unmasks a horrifying nationwide mystery.

Behind the film is Alejandro Amenábar, who also wrote The Sea Inside, The Others, and Open Your Eyes (Which was later adapted into the film Vanilla Sky) — with his background, the film will undoubtedly be as haunting as it is gripping. The Weinstein Company, who is producing Regression also just released a first glimpse into the production. Since it's a crime drama, we decided to do a little of our own investigation of the evidence and pick out what we already know about the film. Have a look: