Shailene Woodley is a woman about town — nay — THE woman about town. Wherever you turn, you see her face: on the big screen starring in blockbuster hits like The Fault in Our Stars, on the cover of major magazines, and gracing headlines left and right. While audiences are used to seeing Woodley's with her short, FIOS 'do, her long hair is back for White Bird in a Blizzard. The first clip for the film is out, and it sheds a new, more mature image on the 22-year-old star.

The clip is almost entirely comprised of different shots of Woodley making out with her on-screen boyfriend (in a car, in a movie theatre, and pretty much everywhere else), played by Shiloh Fernandez, and set to a Decephe Mode tune. Appropriately so, for the film is set in the 1980s and surrounds Woodley's teenaged love life and the strange disappearance of her mother.

White Bird in a Blizzard is sure to be heavier than Woodley's recent YA fare like FIOS and the Divergent series, and will feature the actress' first nude scene and notably her long locks.

Watch the first clip of White Bird in a Blizzard below: 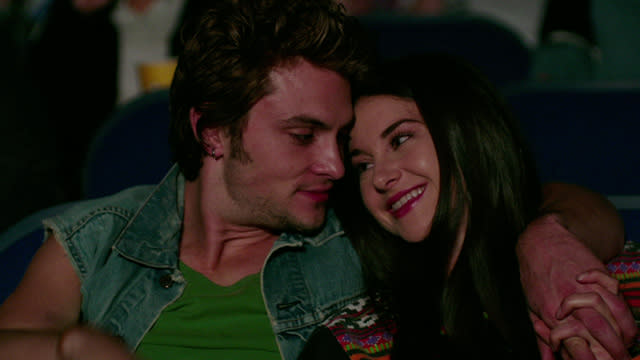