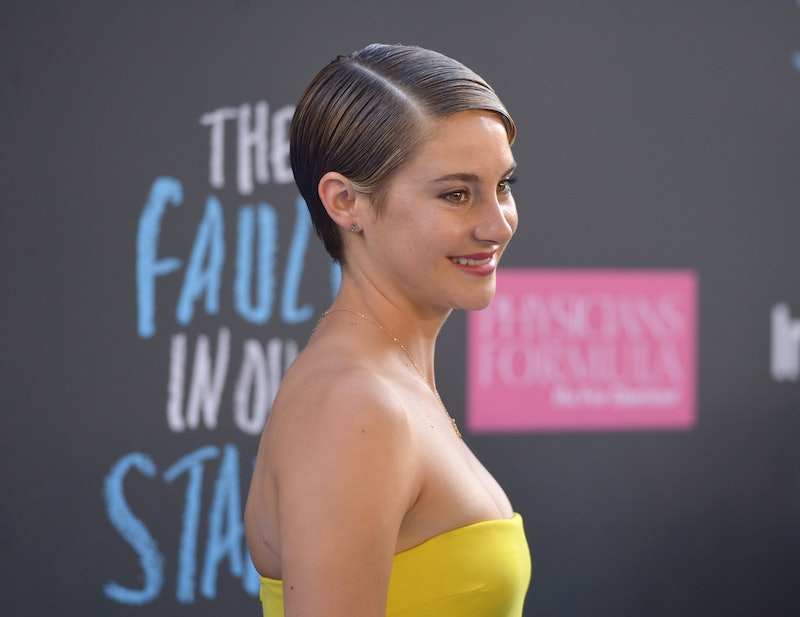 Shailene Woodley has gone from an up-and-comer to a household name, but there was a time when that wasn't true. In fact, there was a time when that might never have become true. Why? Because Shailene Woodley almost quit acting back when she had just appeared in The Descendants. Sure, celebrities and threatening to retire from acting go hand in hand like peanut butter and jelly, but Woodley wasn't making a "threat". Instead, she was reflecting on a time in her life that had the potential to change everything.

"Somebody came to me and said, 'I can't wait to see what you do next.' I took that as pressure—that I had to live up to somebody else's expectations,” said Woodley in the Vanity Fair article. "There were a few months where I was like, 'I don't want to act anymore.' And then I got over it and realized it’s none of my business what other people think of me."

Woodley appeared in The Descendants in 2011 while she was still filming The Secret Life of the American Teenager. Three years later, it's hard to imagine a world where we didn't see Woodley's face everywhere. Imagine a world without Woodley as Hazel Grace in The Fault in Our Stars. Imagine a world without Woodley as Tris in Divergent. Worse, Woodley wouldn't have met Miles Teller while filming The Spectacular Now and we wouldn't have our future George Clooney and Julia Roberts friendship.

And what about off the screen? If Woodley had quit after Divergent, we wouldn't know about the health benefits inherent in eating clay. Or that we should air out our vaginas every once in a while. Or have found out that she doesn't own a cell phone. Or have seen Woodley and Theo James be strangely obsessed with armpits.

Of course, we wouldn't have had to listen to Woodley pretend she's not a feminist, either, but the cons far outweigh the pros here. Shailene Woodley is the girl who wore a disguise to sneak into The Fault in Our Stars showings and while there was a time in her life where she was afraid to ever be that famous, we're glad she decided to let whatever happened happen. Not just because we can't imagine The Fault in Our Stars without Woodley and Ansel Elgort's chemistry, but because we can't imagine the film industry without Woodley anymore.

So if you've got a time machine and were thinking of taking a trip to the past to mess around with a few events, leave the future of Woodley's career out of it. Otherwise, TFIOS fans will probably find you and you just don't want to risk it.

More like this
Leonardo DiCaprio Almost Wasn’t Cast In 'Titanic' For The Most Surprising Reason
By Darshita Goyal
Yes, That's Lindsay Lohan's Sister Singing In The 'Falling For Christmas' Movie
By Radhika Menon
Keke Palmer Paid Tribute To "Other Half" Darius Daulton After Announcing Pregnancy
By Jake Viswanath
'The Holiday' Director Just Addressed *Those* Sequel Rumours
By Sam Ramsden
Get Even More From Bustle — Sign Up For The Newsletter