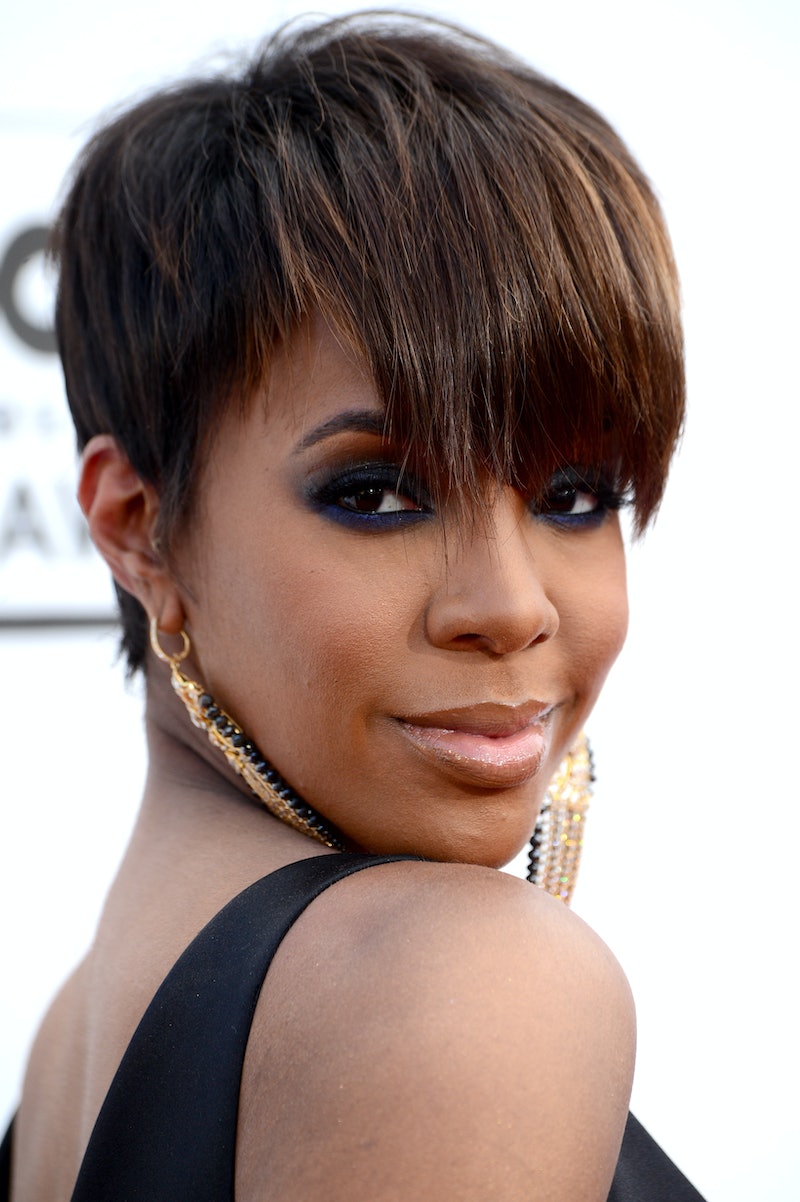 Looks like Blue Ivy will have a play date buddy. Beyoncé's Destiny's Child bandmate and successful solo artist Kelly Rowland is pregnant, based on the singer's Instagram account. On Monday, Rowland took to the social media site and posted a picture of large hightops.. and small hightops. Wrote the singer: "I'll be stuntin like my daddy..."

Though it's not an official confirmation of her pregnancy, it certainly seems the case, and the timing would make sense — just one month ago, Rowland wed her manager, Tim Witherspoon, in a wedding in Costa Rica. But, of course, we will have to wait until the singer graces red carpets with a baby bump in tow to be able to confirm for sure.

Or, perhaps, she will take inspiration from her former bandmate, Beyoncé, who very, very publicly announced her pregnancy in 2011 at MTV's Video Music Awards. After all, Rowland clearly admires her fellow Destiny's Child member... and her 2-year-old daughter. Said Rowland to E! about Blue Ivy, "[She's] more precious than a diamond. She’s just so stunning. I’m so happy for my sister and her husband. She’s beautiful."

Still, the singer will no doubt be multitasking in the months ahead — she's set to record her fifth studio album following 2013's Talk a Good Game. “It’s been wonderful so far, a fresh new spin on everything, with writers, producers, just being inspired, just creativity," she told HuffPost Live.

Good thing that Rowland will have plenty in her life to be inspired by, based on her recent Instagram post.