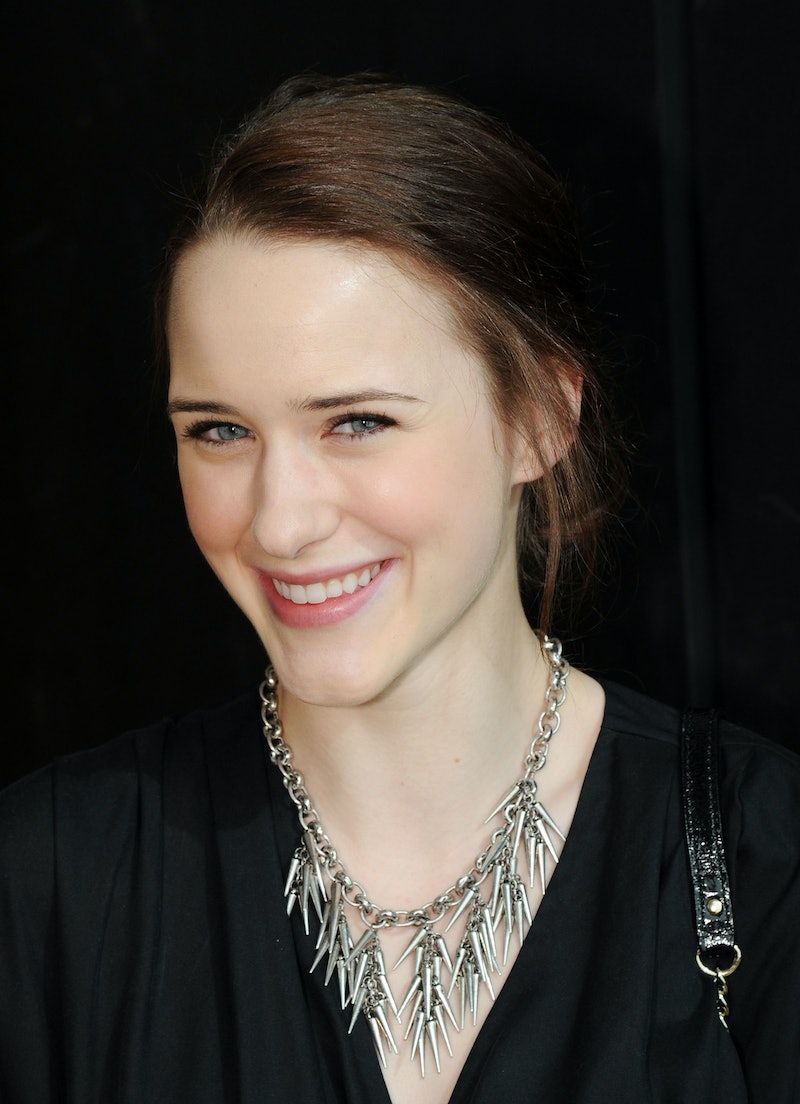 House of Cards is probably going to be a big contender at the Emmys this year, but WHO CARES? All I care about is a release date for the Netflix political thriller's Season 3 so I can mark with some certainty the next time I get to see President Francis J. Underwood wreak havoc on these United States. Of course, there's plenty of speculation to be done already (we've got some House of Cards theories a brewing here), but there's one thing that House of Cards needs to make sure it includes in its next season if it wants to be a success: Rachel Posner.

Rachel was an unexpected major player in Season 2: she's the call-girl from Season 1 that caused Peter Russo's downfall, but once she realized what she became complicit in, it took Frank and Doug Stamper everything they had to keep her quiet. In Season 2, she's living in fear, and Doug is keeping a tight grip on her, moving her from her home to a remote location and making sure she doesn't get TOO close to Lisa, the church-going friend she meets on the bus in Joppa.

But as the season went on, Rachel got fed up with her new "lease on life," which was pretty miserable; she had to break things off with Lisa, who she ended up reluctantly loving, for both of their safety. And at the end of the season, Rachel bashes Doug's head in with a rock in the middle of the woods. Doug's advice to her was "Don't be stupid," but maybe it should have been "Don't be so aggressive," because if one thing can be said about Rachel, it's that she's not afraid to take things into her own hands.

So why do we need her in Season 3? For one, it would be a shame to get rid of such a complex and interesting female character. Yes, Claire Underwood and the House Majority Whip Jackie Sharp are both strong, dark female leads on the show, but Rachel provided us a look at someone OUTSIDE of the ugliness of the political cat-and-mouse games; she was just at the wrong place at the wrong time and is trying to live a normal live unfettered by the suffocating control of Francis Underwood. She disappeared after attacking Stamper, but hopefully she will still be present in Season 3 — she's on the run, but where to? It won't be long before clever Frank figures out who had the motive to silence Stamper.

And Rachel is one of the only seemingly good and innocent characters on House of Cards, and in a show so writhe with evil, we need a little relief. Frank already sold out Freddy in Season 2, which was evil, backhanded and totally Underwood; the reach of his malice knows no bounds, and he is hurting innocents constantly. But we still need innocent, good people on the show, to provide a contrast to wrong-doers in the nation's capitol.

Hopefully Rachel Posner will be a presence on Season 3 — she was a big player in both of the first seasons, the catalyst to Russo's downfall and an unexpected threat to Underwood's perfect plan for power. And Rachel Brosnahan, the actress that plays Rachel, is beyond great — the scene where she reads to Doug Stamper from Dickens is deeply sad. She's subtle and troubled but also has a lot of agency; no weak-willed woman would take her fate into her own hands in the form of a rock and bash in the head of her problems. The girl's got moxie, and I hope to see her on Season 3.

More like this
Which Cast Member of 'Westworld' Season 4 Has the Highest Net Worth?
By Meg Walters
It’s Official: 'The Bachelorette' Is No Longer A Fairy Tale
By Samantha Allen
'Stranger Things' Season 5 Will Echo Season 1 In A Key Way, The Duffer Brothers Confirm
By Kadin Burnett and Sophie McEvoy
‘Squid Game’ Creator Hwang Dong-Hyuk Just Dropped A Major Season 2 Tease
By Brian Anthony Hernandez and Bustle Editors
Get Even More From Bustle — Sign Up For The Newsletter