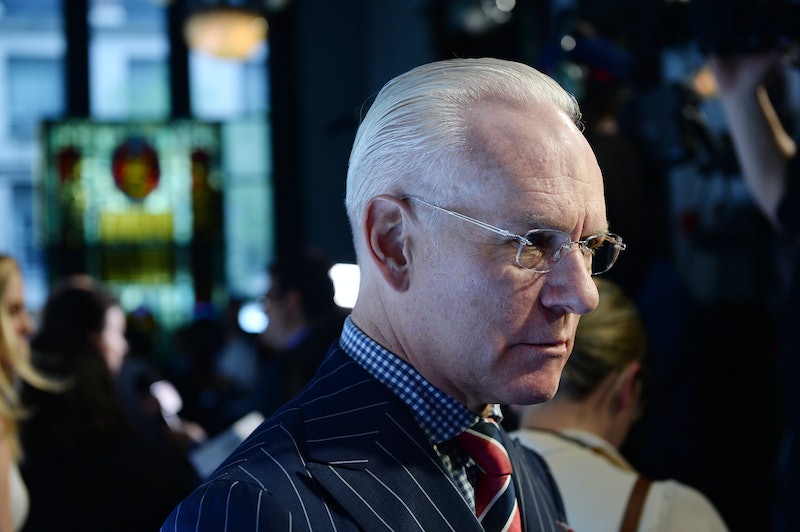 Any reality television junkie knows that Project Runway is a total blockbuster. Since airing in 2004, the show has been adapted in over 20 countries, sparked the birth of Threads (a spinoff for teens), and reaffirmed our love of Heidi Klum (who will forever be one of the most beloved Victoria's Secret Angels ever). The show's influence is pretty indisputable at this point, launching unknown but irrevocably talented designers and models into the spotlight at New York Fashion Week every year

Now picture this: what would happen if the hugely popular, and highly respected, show — starring all those big fashion names like Nina Garcia and Michael Kors — dedicated a season to plus-size models. Plus-size models who would help showcase all those up and coming designers' talent, as well as their own?

In a Reality Roundtable with The Hollywood Reporter this past Monday, featuring Jeff Probst, Carson Daly and Tim Gunn, the guys were asked what reality show they haven't worked on but wish they could. For Project Runway's Tim Gunn, the answer was, "I would like to do a season of Project Runway where every model is larger than a size 12." And hallelujah to that!

Like fashion in real life, fashion television hasn't been the most accommodating outlet for plus-size men or women. Since airing in 2006, America's Next Top Model has crowned only one plus-size winner: Whitney Thompson. And Project Runway, despite all its glory, has had some incredibly uncooperative designers, either unwilling or unhappy to make clothes for fuller-figured women. Think back to Ven Budhu of Season 10, who when assigned to design for a size-14 model actually made the woman cry, "My client doesn't really have a shape. She doesn't have any sense of style whatsoever." Or Michael D. of Season 8, who when asked to design a bridesmaid dress for a plus-size gal on the "real world women" episode said, "When you're designing for a woman who's a little bit more, um, vo-lump-tuous, it has a tendency to go really, really wrong." And let's not forget Season 9's Olivier Green, who in a similar challenge one year later said, "I don't like a girl with boobs. I want her to be flat so I can work with the design."

Granted, in the plethora of designers to come and go on the show, these have just been a few bad eggs. But the sad truth is that not all designers will be happy to make clothes to fit a woman sized 12 or higher. Of course, that's no reason at all for Tim Gunn not to push for the move. In the world of reality television, women of average size (let alone plus-sizes) are few and far between. So for such a well-known and globally-acclaimed show to have a season full of plus-size models would be a mega game-changer. And maybe not just for reality TV, but for plain reality, too.

More like this
'Love Island's Will Got A Farm Animal Manicure & It's *Adorable*
By Sam Ramsden
Every Single Thing In Maya Jama’s 'Love Island' Wardrobe
By Darshita Goyal and Sophie McEvoy
'Love Island' Tanyel's Latex Versace Dress Was Gifted By A Former Islander
By El Hunt
This 'Bachelor' Contestant Had The Best Reaction To Wearing The Same Dress As Another Woman
By Grace Wehniainen
Get Even More From Bustle — Sign Up For The Newsletter
From hair trends to relationship advice, our daily newsletter has everything you need to sound like a person who’s on TikTok, even if you aren’t.