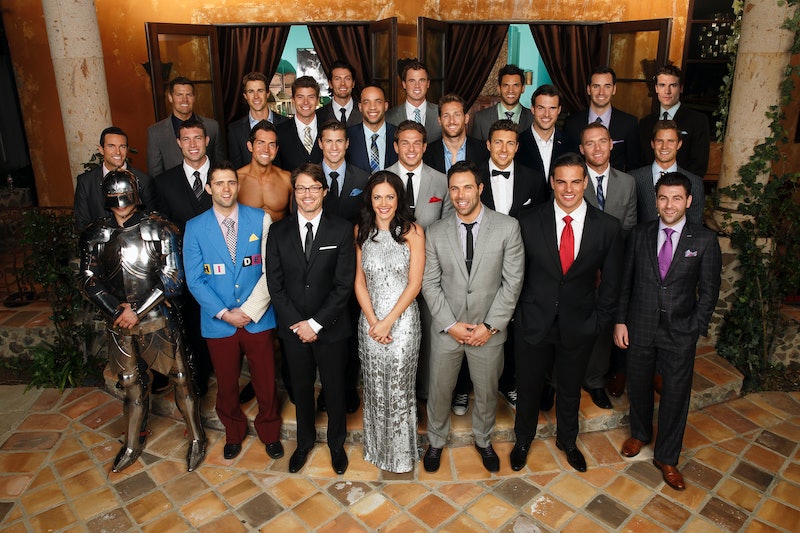 This whole time on The Bachelorette, James was the contestant consistently accused of not being there for the right reasons, of was called out a thousand times for wanting to be the next Bachelor, but after last night's finale episode part one, it's clear that everyone had it all wrong. After Brooks Forester dumped Desiree Hartsock like Chris Harrison dumped 20 pounds after his divorce, it became pretty damn obvious that for weeks now, Brooks has been playing us for a fool.

There's nothing better than a twist on The Bachelor/ette, and Brooks delivered one of the most epic "thanks, but no thanks" scene that we've seen in a while. It was even better than when Brad Womack dumped not one, but two women on the alter. It's just that we all saw Brooks' exit coming, yet never expected him to have the balls to pull it off. Plus, all the spoilers said that Des and Brooks were engaged, and living happily ever after.

It was clear for a while that he felt pretty iffy about Des — he told his mom, sisters, and Chris Harrison all about his doubts, then waited til the last second to actually inform Desiree that he's not quite sure they're meant to be. Again: horrible for Des; awesome TV for us.

There's a small chance Brooks will return for the finale part two and declare he's made a huge mistake, but I'm pretty sure he won't — he can't take back most of the things he's said.

But, I'm thinking this won't be the last we're seeing of Brooks. Not only do we have the After the Final rose episode, which, wow, cannot wait for that, but we've also got the next season of the Bachelor. Now I know I said that Juan Pablo is the guy for the role, but since Brooks has become free, eff Juan Pablo. It's go Brooks, or go home.

Which, by the by, is probably what our cunning Mr. Forester had in mind the whole time. While James was taking all the heat for his alleged "I have a good chance at being the next Bachelor" statements, Brooks was busy faking his way into the top three. Then, when it came time to ride or die, Brooks gave an emotional goodbye that proved he's a) in touch with his feelings, b) not afraid to make a tough decision, c) pretty damn smart.

If you ask me, Brooks has been planning this move for weeks, and it all went off without a hitch. Any sane person knows that it doesn't make him a bad person just because he didn't feel the same way about Des that she felt about him, and will be willing to give him another chance.