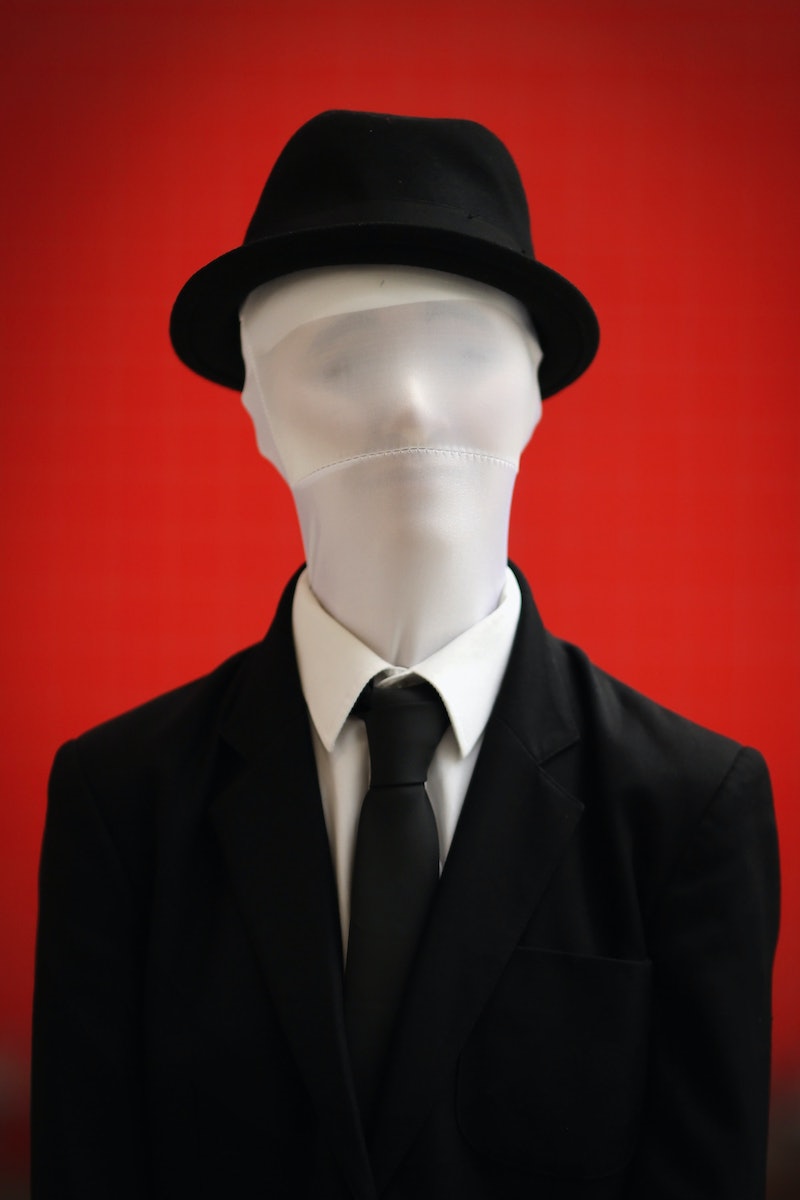 In early June, two preteens stabbed their friend 19 times to impress “Slender Man.” I’d never heard of Slender Man* before that news broke; I knew it was a horror meme that had been floating around the Internet for a couple of years, and I had an image in my head of what Slender Man might look like (an image, as it turns out, that was pretty accurate), but that was about it. What would compel two kids to stab a friend in the name of Slender Man was beyond me, so I took a quick dive into the online Slender Man community to try and find out.

The ambiguity of the Slender Man mythos — quite a bit about him is “unknown” and “uncertain,” according to his Wikia page — is not an oversight, but part of the appeal. As one critic wrote:

Slenderman works because, like his character, you can”t get a good look at him. He is ambiguous. What does he actually look like? Sometimes he has tentacles coming form his back and sometimes it doesn’t. Where does he come from? What are his motives?

As with any good horror villain, there are enough hard facts about Slender Man to make him terrifying — he’s tall, skinny, wears a business suit and doesn’t have a face — yet plenty of blank spots for fans to fill in with whatever frightens, intrigues, or fascinates them the most. Broadly speaking, he stalks his targets over protracted periods of time, causes them some variety of mental anguish, and in some cases possesses them. Other than that, Slender Man is open-ended. He’s whatever you want him to be. As one user wrote at the Unfiction boards:

I don't want an exploration of Slenders, his motivations, his background, or his favorite breakfast cereal. For me, at least, he works because he's an unknowable cosmic horror.

Plenty of artists have found inspiration in the concept of Slender Man and used it as soil for their own creative pursuits, which have birthed everything from one-off illustrations and short stories to survival horror games and YouTube series (like Marble Hornets, which clocked almost 5 million views on one episode). A lot of the discussion on the Slender Man boards surrounds these works of fiction and, as such, come off sounding much like any other discussion about a popular TV show or film series. Wrote one fan on Unfiction:

I would like to second what someone said previously about having more female protagonists. Marble Hornets has two women so far, but neither of them have had more than a few minutes of screen time ... I would like to see more stories with a female lead.

I think I speak for the majority of the people here when I say I want to see people break free from the mold a little bit more. All the Slender Man stories I've seen have the same basic premise — some guy sees Slender Man, starts freaking out, and slowly goes bonkers ... I just don't see the point of rehashing a story a million times if you're not gonna bother to bring something new to the story.

But then there are those who seem to actually believe in Slender Man — at least, by their own accounts. The two girls who stabbed their friend would fall into this category; they claimed to be "proxies," a term for for those unfortunate humans who've been possessed by Slender Man.

But are people like this actually a cause for public concern? It doesn't seem like it. In response to the real-world killings, the reaction amongst believers appears to have been overwhelmingly negative — not because Slender Man doesn’t exist, but because killing a friend in his name simply isn’t going to accomplish anything. Said one user:

HAH! Like He would actually speak to those two.

I believe 2 people just desperately didn't want to get in trouble so they blamed slenderman. how dare they.

These fans seem more interested in recounting their own experiences and trading tidbits about Slender Man than pledging to spill blood in order to curry his favor. Wrote user TSPofStrych9 over at the Experience Project:

Alright, so i understand the origins. I get that this is supposed to be fake, and i know that you may dismiss this as bullshit as i recount my experience, but just please consider it.

In the story that followed, TSPofStrych9 claims to have seen Slender Man — “a tall, thin man with a very long stride, wearing what was unmistakably a black business suit” — standing ominously underneath a streetlight in the middle of the night. They say the incident took place before they’d actually heard about the Slender Man mythos; now, they’re convinced. “This was two years ago and i have believed in Him ever since,” the story concludes.

Over at Reality Board, people also seem to take the Slender Man seriously. Popular topics include how to tell if you’ve had an encounter with him, how to summon him, and how to defeat him in battle (“I’ve studied Sumerian blood magick for years now... ” begins one such post).

The line between those who actually believe Slender Man exists and those who simply have an interest in the fiction that stars him is blurry; after all, wouldn’t it be in the spirit of the mythos to present a fictional story as a real-world experience and post it on the Internet? That’s the format that a lot of Slender Man fiction has adhered to, from the found-footage style of Marble Hornets to the countless blogs wherein writers recount their supposed experiences with the creature.

Though it is somewhat worrisome fact that followers refer to Slender Man as "Him" — yes, with a capital "H" — suggesting a God-like view of the character, most of the chatter on message boards is as harmless as a campfire ghost story. I still don’t have any idea why two girls thought that killing a friend would summon the Slender Man; in all likelihood, that has a lot more to do with the individuals involved than the Slender Man. I do, however, have a better idea of why the meme took off to begin with. Its intentional ambiguity gives everyone an opportunity to make the myth their own, and the blurring between fantasy and reality in the retelling of that myth only adds to the appeal. Throw in the fact everyone, at some point, has probably been intimidated by a tall white man in a business suit, and the story acquires a contemporary relevance that, say, Mothman or Bigfoot lack.

I don’t believe in Slender Man. But I am excited to keep watching Marble Hornets, because from what I’ve seen, it’s really quite good.

*Both "Slender Man" and "Slenderman" seem to be accepted. "Slenders" is a popular nickname, too.