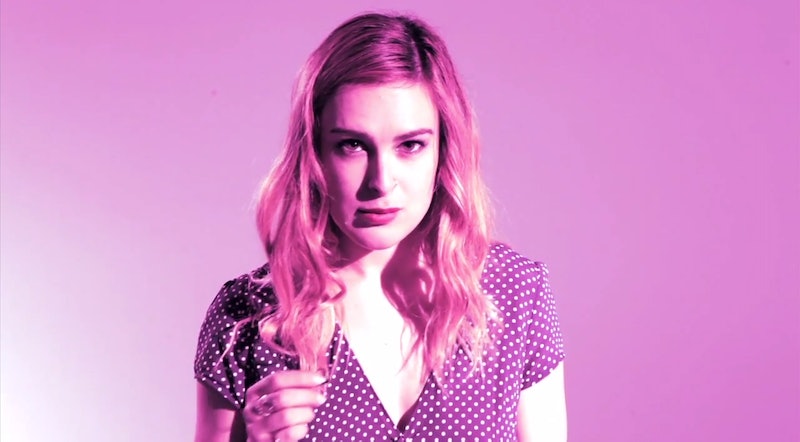 Everybody's gotta eat. That's the tagline of the Free the Nipple PSA video starring Rumer Willis as well as Soko, Tyler Jacob Moore, and Kim Allen. If you haven't heard of the Free the Nipple campaign yet, well, it all started with Instagram. Instagram kind of has a nipple phobia. You can post any selfie you want of Kardashian-level scantiness, but as soon as there's a bare nip they're taking it down. This has mostly applied to cancer-related posts, breast feeding photos, and anything Rihanna has ever done ever. Scout Willis walked around New York City topless in protest of the site's policies and thus Free the Nipple was born.

If you guessed from there that it only took a few days for Rihanna to join the #FreeTheNipple campaign then you know your celebrities very well and you get a cookie. However, as ridiculous as it might seem to launch a war over a woman's right to show her nipples in public, the campaign is actually founded on a pretty intellectual basis. Willis has spoken out twice on the female empowerment issue the Free the Nipple campaign is meant to symbolize.

“Why can’t a mother proudly breastfeed her child in public without feeling sexualized?" said Willis. "Why is a 17-year-old girl being asked to leave her own prom because a group of fathers find her too provocative? Why should I feel overly exposed because I choose not to wear a bra?”

It appears that her message got through to her sister, Rumer Willis, because Rumer's PSA is fighting for the normalization of breast feeding by pointing out that "everybody's gotta eat", even and especially babies who shouldn't be forced to wait for their meals because their mother's can't breast feed them in public. The video is also an advertisement for an upcoming Free The Nipple film, which, according to Cosmopolitan, will "[ask] why we are more comfortable seeing graphic violence than naked breasts, starring activists and actresses baring their bodies in the streets of New York."

The campaign may have started with Instagram, but it's become a whole discussion and movement at this point supported by people from Miley Cyrus to Lena Dunham. Whether or not you agree with their point, it's at least worth hearing them out. After all, even saying the phrase "nipple taboo" out loud sounds so ridiculous that it can be kind of hard to believe that's even a thing. Why continue to let it be one?

Watch the PSA below.