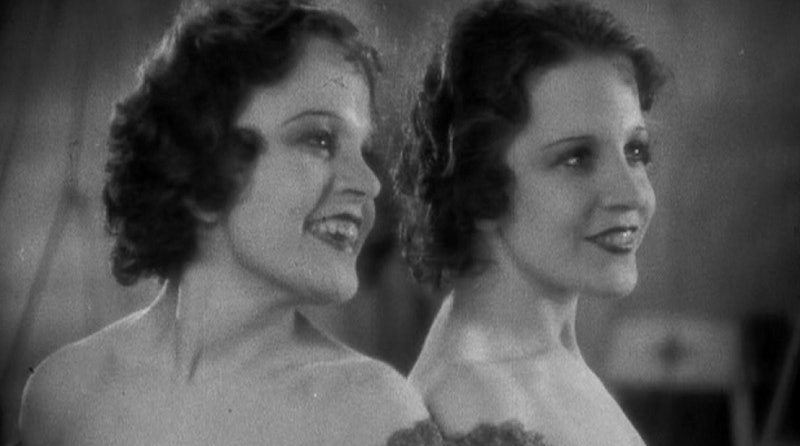 It was revealed Thursday that Sarah Paulson's character in American Horror Story: Freak Show would be characters, plural. She will be playing Betty and Dot, marketed as the two-headed woman. Like with any season of American Horror Story, there's little to no doubt Betty and Dot's existence will be riddled with the supernaturally weird, but with the revelation of more and more about Freak Show comes more and more questions. For example: Freak Show isn't without historical context, so what might life have been like for characters like Paulson's?

For a long stretch of history the go-to (though not necessarily desirable) destination of conjoined twins was freak shows worldwide. The most famous, of course, were Chang and Eng Bunker, the 19th century conjoined brothers who were exhibited as a curiosity, and are the reason we have the phrase "Siamese twins." The conjoined twins with a story perhaps most likely to influence AHS: Freak Show, though, were Daisy and Violet Hilton, who were born in 1908 and died in 1969.

Like many cases of conjoined twins back then, money exchanged hands early in Daisy and Violet's life and landed them under the care of someone who wanted to use their "oddity" for their own commercial ventures. That person, in this case, was their mother's boss, Mary Hilton, who bought the girls and started exhibiting them in carnivals and fairs when they were just 3 years old.

The sisters suffered mental and physical abuse at the hands of those "in charge" of them, which was recounted in their 1942 autobiography The Lives and Loves of the Hilton Sisters. As Daisy wrote, "We [were] lonely, rich girls who were really paupers living in practical slavery." As she wrote later in the book, "I'm not a machine; I'm a woman. I should have the right to live like one."

The Hiltons eventually escaped from the people who had made their early and adolescent years especially awful, opting then to go into vaudeville. Both had engagements and marriages, but had to go up against a system that saw granting them marriage licenses as allowing bigamy.

Daisy and Violet have been described as "in many ways the 1920s version of the Olsen twins," and they starred in Freaks , a 1932 film which was critically panned at the time, but which has since become a cult classic. Almost 20 years later came Chained For Life, an exploitation film featuring several vaudeville acts, which is considered a semi-autobiographical take on their lives.

They died in 1969 — one, horrifically, a few days before the other — but they remain legends in their niche. As io9's Anelle Newitz put it after the documentary Bound By Flesh portrayed their lives more recently:

What makes Zemeckis' film [Bound By Flesh] more than just a sad story of two exploited women is that it also shows us how the Hilton sisters fit into a unique moment in American media history. These women were basically like the YouTube stars of the 1920s, famous in a medium that attracted millions, but didn't translate into other media very successfully. Their fame was dependent on the structure and allure of vaudeville and fairs, and they simply couldn't exist in a world ruled by Hollywood — and, later, television.

But what we do know is this: American Horror Story's never shied away from turning real sensational history into even more sensationalist fable, and Daisy and Violet certainly fit that bill. Freak Show also takes place in the 1950s, at one of the last surviving freak shows in America. Given that timeline, Betty and Dot are living right smack in the middle of Daisy and Violet's context.

We don't know how much American Horror Story: Freak Show will take from the real people who lived these lives, but it never hurts to remember the real as we enter into the fantastical.