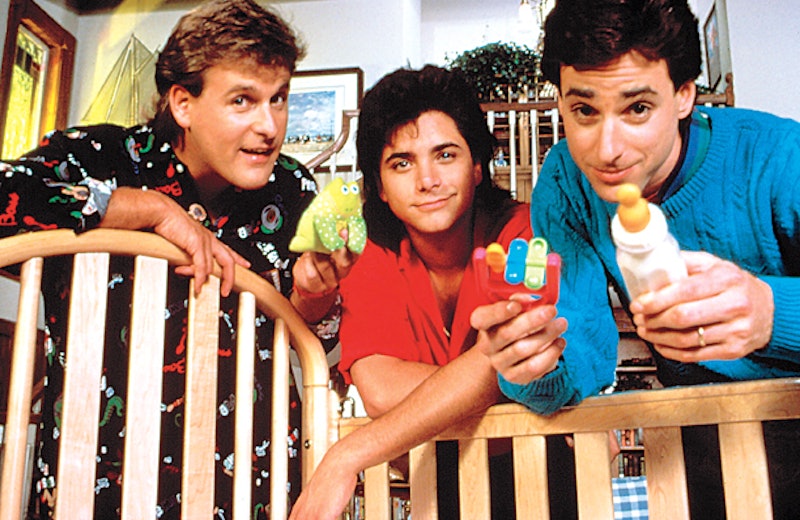 As any Daddy's Girl can tell you, Father's Day is one of the best holidays of the year. Many of us went through that phase as a teenager where all we could do was argue with our mother, but our fathers have always been more like one part distant authority figure and one part watchful protector. That doesn't hold true for every father-daughter pair, but if there's a good father or father figure on television then the chances are good that he is his child's champion. In fact, media on the whole provides us with plenty of father's day inspiration to make you feel guilty for not calling your dad.

So, in honor of Father's Day, we can look to television for our celebration of good fathers. Sure, some of them are strict, some even bordering on outright mean, but at the end of the day they love their children and only want what's best for them. They may not say it every episode, but they show it in their actions and in the nuggets of fatherly wisdom that we can squeeze from them every now and then. Not every father can be as good as Coach Taylor from Friday Night Lights , but the important thing is that they all keep trying.

"I know [I can't keep you from what always happens]. But it's my job to try."

All Rick Grimes wanted at the start of Walking Dead was to make it back to his wife and children after the zombie apocalypse and, when he finally did, he never stopped being a good father even and especially when Carl didn't want him to be.

"You're my son and I'm your father and... I want you to know that I'm going to miss you and I love you."

Eric Forman from That 70's Show spent most of his time being terrified of his father, Red Forman, but when Eric left home to go to Africa Red finally said what we'd all known all along: that he loves his son very much. Even if he's a dumbass.

"That's my little girl. I need her to know that no guy on earth is good enough for her."

Phil Dunphy from Modern Family isn't a regular dad. He's a cool dad. He and Haley Dunphy may not always see eye to eye and he might embarrass her more often than not, but even when she thinks he doesn't care he effortlessly proves her wrong.

Coach Eric Taylor from Friday Night Lights wasn't just a father; he was a father figure to every single player on his team. He was also basically the king of inspirational speeches and a perfect resource if you're ever feeling down and in need of some words to live by.

"As long as you're not hurting anybody, you can do anything you want to do."

Danny Tanner was schooling everyone on how to be a good father long before any of the other fathers on this list. Not only did he accept his children no matter what, he also taught them (and us) how to accept themselves. If that doesn't warm your heart, nothing will.

"New York is filled with people like you. People who aren't afraid to be different... And if you're not scared, it just means you're not sticking out your neck far enough."

Whenever Kurt Hummel doubted himself on Glee, or just needed someone to talk to, he could always go to his father Burt. Kurt and Burt's relationship remains one of the most heartwarming and well-written things about the show.

"I am your father. It's my job to protect you. It's a job I refuse to quit, and at which I can't afford to fail."

Phillip Banks from The Fresh Prince of Bel-Air wasn't just a father; he was also an uncle. He might have spent a lot of time yelling and glaring, but he fought for his children as hard as he fought with them. This quote was said to his little girl, Ashley, but Phillip gets bonus points for being a father to his nephew as well. Are you ready to give your father or father figure a hug yet?