This year, the Fourth of July is crossing the pond. The Ladies of Londoncast will celebrate America's Independence Day on Monday night's episode. On paper, this sounds all kinds of wrong. We've been tight with the U.K. for for decades, but let's not forget that this holiday commemorates the day the United States of America broke away from British rule. It doesn't seem to make much sense for Brits to party it up on the Fourth, does it?

Well, the situation is not that dire on Ladies of London. While there are two Brits on the show, most of the cast is comprised of American expats who understandably want to stay connected to home and bring their American traditions with them. With the Fourth of July always filled with family, friends, and fireworks, we can't really blame Brits Caroline and Annabelle for wanting to join in the fun, either.

While Marissa always throws a Fourth of July party, in this episode she'll be hosting with Juliet, who's as American as it gets, and everyone knows it. Juliet wants the party to scream Americana with Barack Obama and Uncle Sam stand-ups. This will be the last Fourth of July Marissa celebrates as an American because she's about to become a British citizen. So she's already channeling her new nationality by suggesting a more prim and proper affair, much to Juliet's chagrin. 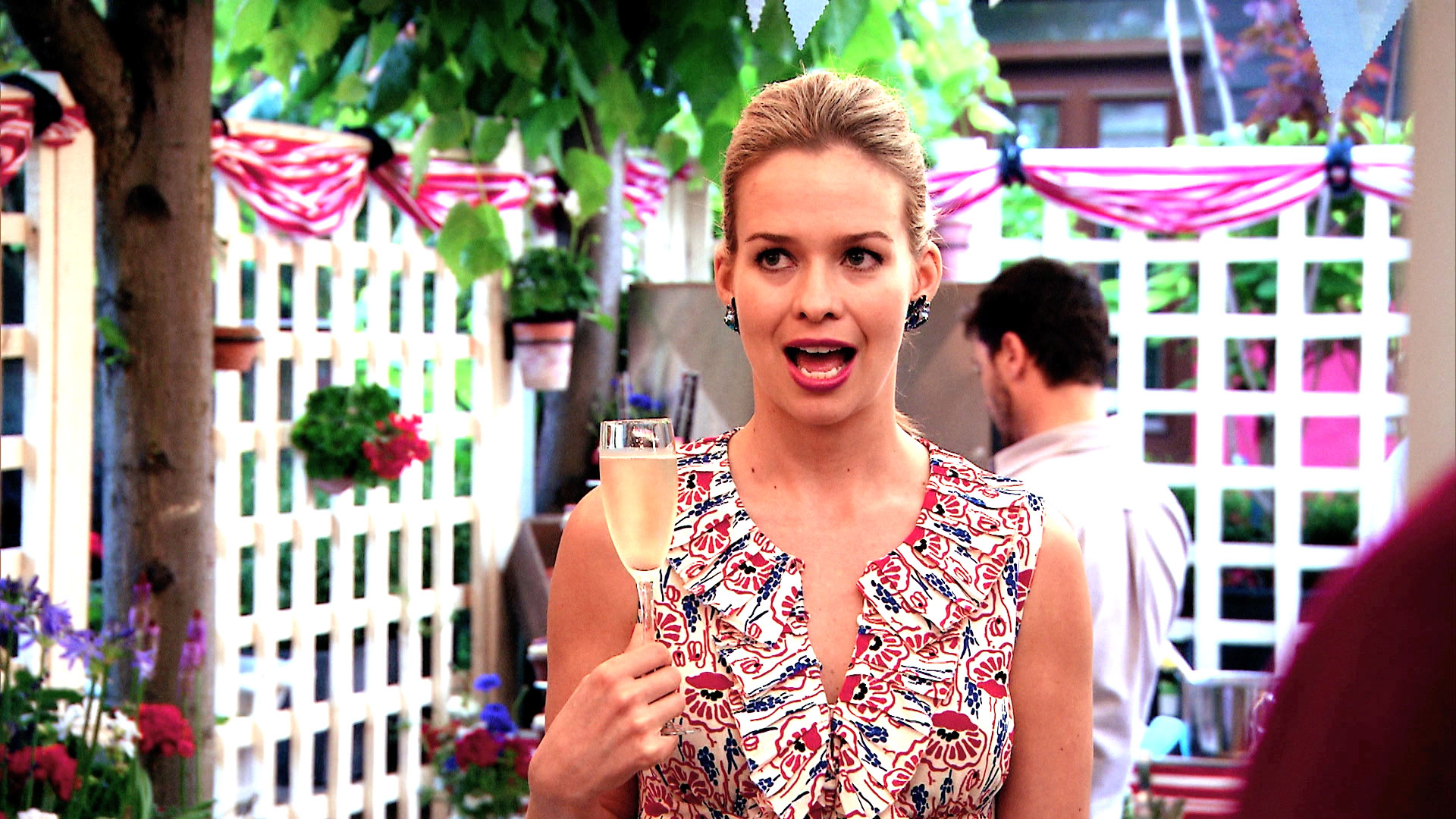 All of the ladies will show up for the Independence Day bash, including new cast member Julie, an American whose husband is heir to the Earl of Sandwich. Marissa makes a lovely speech about ending one chapter and starting a new one by becoming a British citizen. But the poignant moment will turn to a tone-deaf one when Marissa (who knows why) asks Juliet to sing the American National Anthem. Juliet seems embarrassed at first, but we all know this woman loves the spotlight, so she probably secretly lapped it up. The Brits are of course horrified at Juliet's belting, as they are with pretty much everything she does.

It wouldn't be the Fourth of July without some fireworks, and there will be plenty of the dramatic variety this episode. Caprice gives Juliet some red, white, and blue knickers as a gift, which really isn't as creepy as it sounds because Caprice owns her own lingerie line. Juliet parades them around, as she does, and Annabelle, who doesn't take any crap from anyone, is offended and leaves the party to have a smoke outside. Juliet confronts her about this, saying her actions were rude, but Annabelle serves it right back at her. Hopefully, your Fourth of July parties never get this heated.

It looks like this episode will be all about Juliet, which makes sense, because out of all the Americans on the show, she is definitely the one most trying to hang on to her Yankee roots while in London. But the Brits, and maybe even some of the American expats, will not be having it. They want to maintain their status in British society, and they're well aware of what happened the last time Americans felt patriotic, after all.