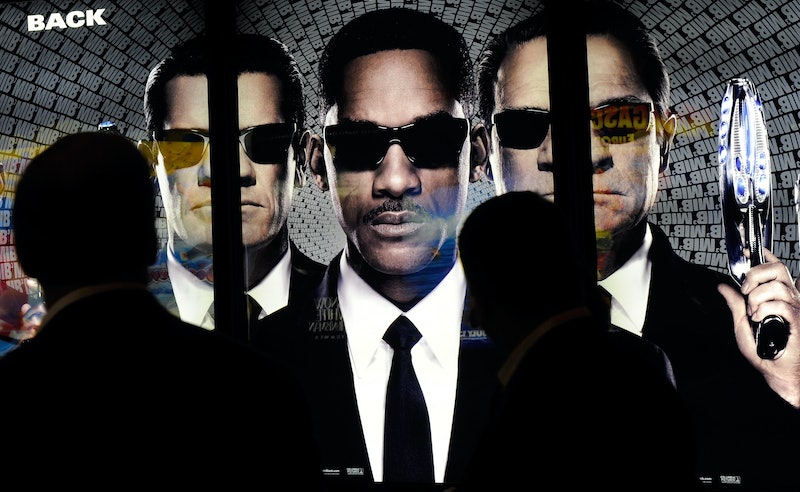 When the whole “My dog ate my homework” line gets old and you need to find new material, the next obvious step is “Hollywood stole my movie script!” That is, Constantino Basile, a student of Los Angeles Film School is suing the writers of Men in Black 3 for reportedly stealing one of his homework assignments for their own purposes in Hollywood.

Yes, the student is suing these writers for $2 billion for a movie that was released two years ago and for an assignment that Basile reportedly turned in for a class a year prior to that. So of course, now he is suing. That makes sense. Not only that, but Basile has claimed that his scripts were used as the basis for three other movies and were also used in the Saturday Night Live spoof, Laser Cats 7, created by Steven Spielberg.

In a lawsuit reportedly obtained by TMZ, Basile claims that his former teacher from the film school sold his scripts, The World of Jupiter and Crisis on Jupiter, which were later included in major movies like Men in Black 3, Prometheus and Elysium. Basile has filed a lawsuit without an attorney (because that will make him more credible) and is seeking the $2 billion in damages that he will probably never get.

Unless this truly turns into a Shia LaBeouf type incident when the Transformers actor plagiarized his short film (which it likely won’t), then it seems doubtful that Basile will be successful. If he’s trying to get into the biz, then this is definitely not the way to turn heads in Hollywood.