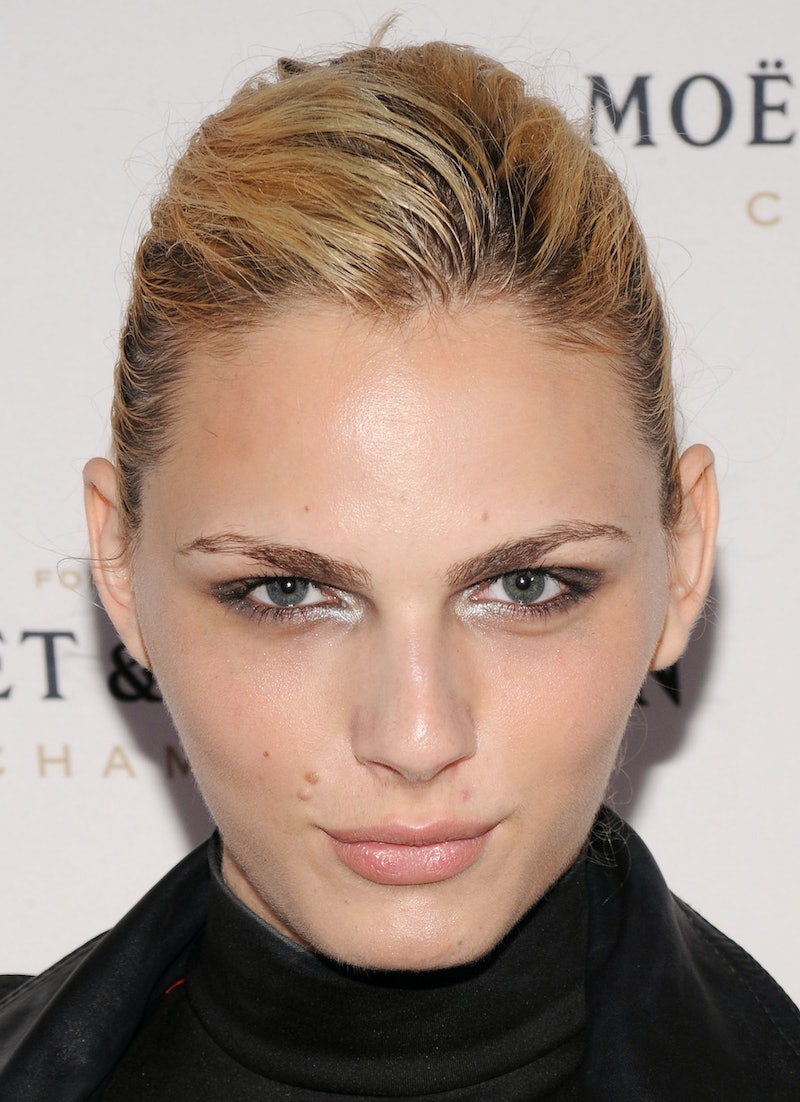 In your manic-pixie-dream-mermaid news of the day: model Andrej Pejic has joined Sofia Coppola's The Little Mermaid, and so far, the androgynous model is the only name attached to the project, besides Coppola herself. Pejic is playing one of mermaid Ariel's sisters, but the jury is still out on who will play the star tragic fishgirl herself, and for what it's worth, Coppola's version is aligning closely to the Hans Christen Andersen original, which does not end with a happy wedding. Though Pejic's role in the Coppola film elicits an "oh my god, of course "— the model is basically the Coppola aesthetic personified in human form — it's big news, because Pejic has blossomed in the spotlight for her gender fluidity.

Pejic was assigned as male at birth, but she has described herself as "living between genders," and she prefers female pronouns. She's had a huge modeling career and has walked runways for both male and female collections. In 2013, Pejic even starred in David Bowie's music video for "The Stars Are Out Tonight," along with other extra-terrestrial beauties Bowie and Tilda Swinton. The addition of Pejic to Coppola's project is a transgressive and bold move, and it's a huge step forward for the visibility of gender-fluid and transgender celebrities — it's another win, especially after the incredible Laverne Cox was featured on the cover of Time earlier this month.

Apart from the fact that Pejic is beautiful and ethereal and will probably work the hell out of a fishtail, the fact that she was cast in this movie adds to the ongoing and ever-growing conversation about gender fluidity and it works to further dismantle the rigid male-female-cisgender systems.

The rest of the cast still hasn't been confirmed, but Pejic's addition to Mermaid is a welcome one. Though Coppola is known for taking chances with her subversive and sometimes challenging independent films, she's still a huge name in Hollywood, and casting Pejic sends a message about identity. Way to go, Coppola!

It also probably means that The Little Mermaid is going to be a fashionable delight; if Coppola's casting models, I can only imagine how fabulous the costume design is going to be — she hardly disappoints in that arena: remember the luscious visual feast that was Marie Antoinette?