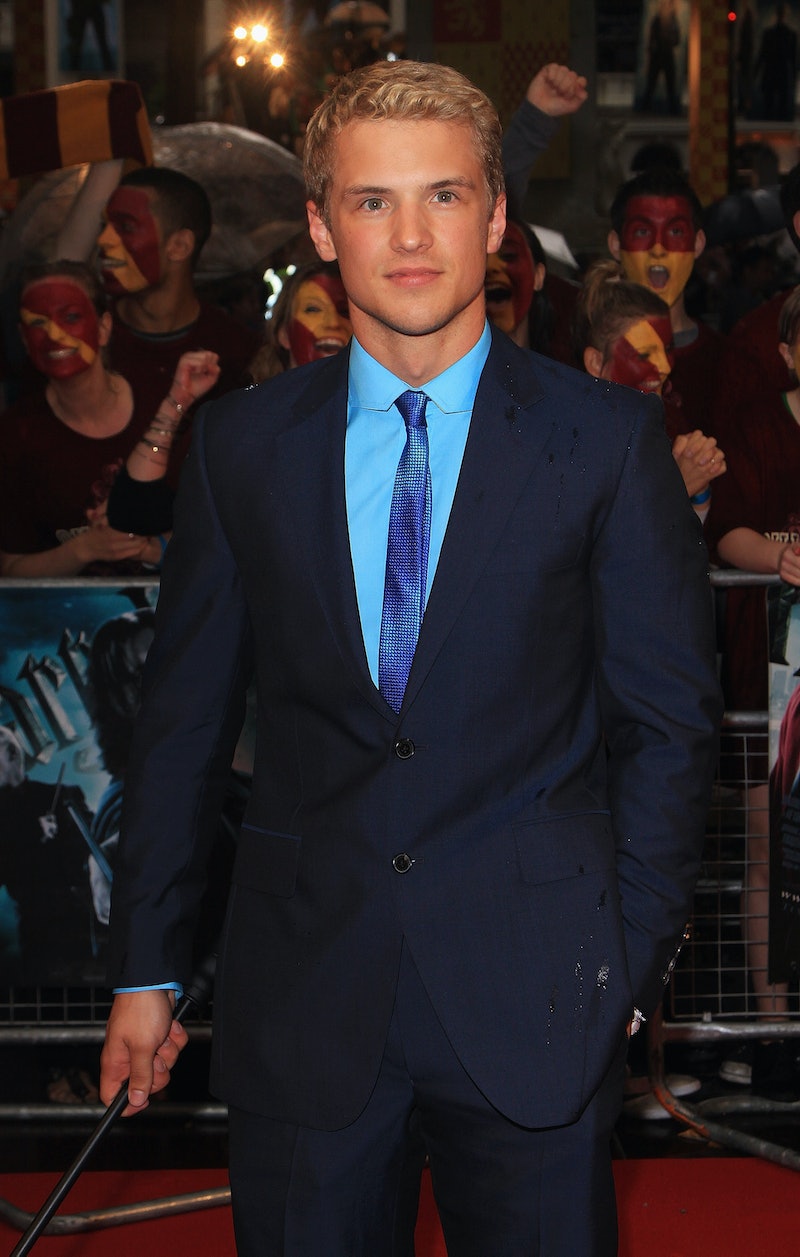 The casting for Pitch Perfect 2 seems to be pretty rounded out by now, but rumor has it there are still some additions to be made. The most recent rumor has Harry Potter alum Freddie Stroma joining Pitch Perfect 2 . He isn't in any of the adorable cast selfies that have run rampant so far, but maybe we shouldn't count him out just yet.

Stroma was a member of the original Pitch Perfect, though not a singing one: He played hunky record store worker/campus radio DJ, Luke. He was mainly known for his I'm-so-cool demeanor, his judgment of a cappella, and his very impressive abdominal muscles. Prior to Pitch Perfect, he was mainly known for his role of Cormac McLaggen in the Harry Potter films, as well as the main dude in one of the many Cinderella Story sequels.

So, can we expect a reprise of DJ Luke's musical pretentiousness in the Pitch Perfect sequel? Well it certainly seems possible, as this movie's already lined up most of the original cast. His role was pretty small, but A Cinderella Story: Once Upon A Song proved that he can sing, which ups his chances at an expanded role — especially if, as is the case of many sequels, Pitch Perfect 2 depicts main couple Beca and Jesse on the rocks.

You can see proof of Stroma's singing chops below, and we remain grateful that Stroma's given us an excuse to use this gif:

More like this
The Meaning Behind Beyoncé’s Song "SUMMER RENAISSANCE" Includes A Special Tribute To Jay-Z
By Alyssa Lapid
The Controversy Around Beyoncé's “ENERGY”, Explained
By Frances Stewart
Everything To Know About Beyoncé's New Album
By El Hunt and Radhika Menon
Everything To Know About The Musical 'Joker' Sequel – & Lady Gaga’s Role
By El Hunt and Sam Ramsden
Get Even More From Bustle — Sign Up For The Newsletter