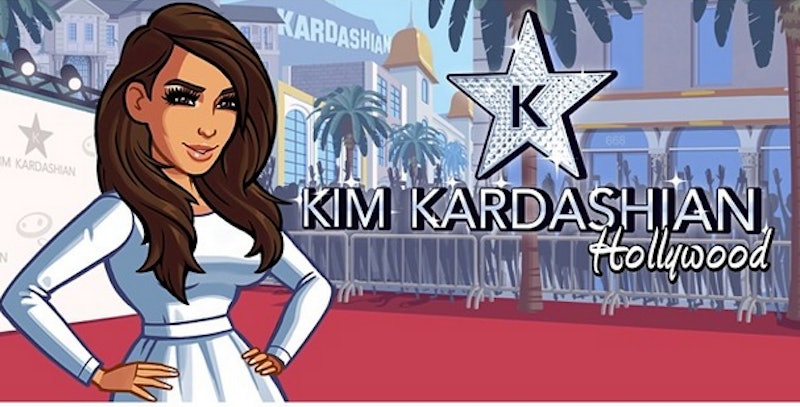 As we all know, Kim Kardashian is the ultimate career woman. She makes reality television shows, marries superstar rappers, makes sex tapes with brothers of former R&B queens, designs children's clothes, and now, ladies and gentlemen, she is making a Kim Kardashian game. Before you make the biggest eye roll you've ever made in your entire life, I'll say it for the rest of us.

A Kim Kardashian game? Like, a video game, or a board game with little cut-out chips and Monopoly money — or Monopoly bling, sorry. (And hey, "bling" is a fair assumption, her ring from Kanye is like the size of my head). Judging by what she posted on her Instagram account, it looks like said game will be a video game starring a cartoon, pixelated Kim. Your guess is as good as mine as to what one could actually do in a Kim Kardashian game, so I figure it's fair to at least try to imagine what one might encounter if one was to play this game.

Sounds a lot less fun than Mario Kart if you ask me, but some folks must really want to take a walk in an avatar of Kim's stiletto shoes. And soon, they just might have that chance.