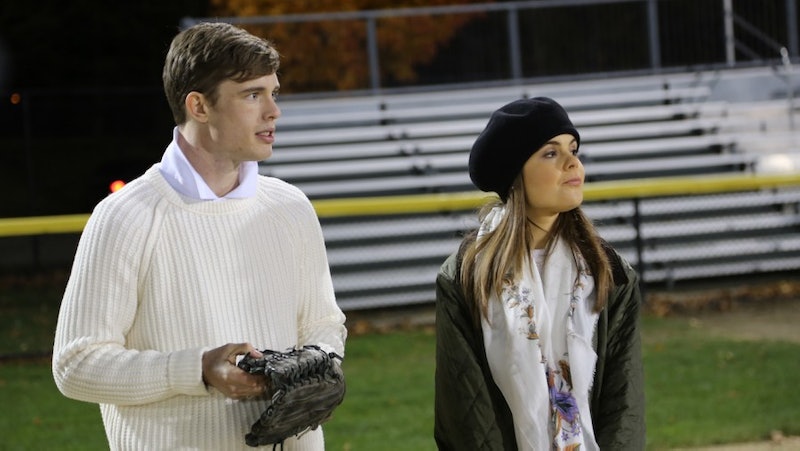 You're probably still mourning the loss of Fox's summer reality series I Wanna Marry Harry , which was cancelled after just four episodes had aired. At least, I know I am. But fear not, fellow fans of faux-royal TV series, there's another couple of wannabe royals getting ready to invade your screens this summer. Almost Royal premieres Saturday, June 21 on BBC America, and the network's first original comedy series will follow English aristocratic siblings Georgie and Poppy Carlton as they journey across America. But there's a twist.

Almost Royal uses the mockumentary style of such shows as The Office and Parks and Recreation. However, unlike those sitcoms, in which everyone was an actor, the only actors on Almost Royal are Ed Gamble and Amy Hoggart, who play Georgie and Poppy, respectively, on the show. During their travels from Los Angeles to New York City, Georgie and Poppy will interact with real, unsuspecting Americans, from professional wrestlers to cowboys to firefighters and plenty more in between. Think of Almost Royal as a version of Borat , Sacha Baron Cohen's 2006 film about a fake reporter from Kazakhstan who comes to the U.S. to document the country's happenings — except, thankfully, without the naked wrestling scenes.

Although this is undoubtedly a comedy, the Carlton siblings actually have a very serious reason for coming to the States. Their father, Sir George Carlton, recently died in a hunting accident after his bullet ricocheted off of a gun safety sign the local government required him to put on the estate, and it hit him in the face. His dying wish was for his children to experience America, which he himself loved. So the Carlton siblings are touring the country with their father's ashes in tow. Each week, they will visit a new American city where they will participate in such local activities as trying to launch Poppy's acting career in Hollywood, attending a Tea Party meeting in Boston, and participating in firefighter training in Long Island.

Judging by the episode where Georgie and Poppy take Boston, which is currently streaming for free on BBC America's website, the series is a humorous look at American life through a British lens. The deadpan humor of the characters often provides a laugh, and the wit of the actors' presumably improvised lines is impressive.

However, Almost Royal seems to be in line with a somewhat disturbing trend in TV this summer. Almost Royal, I Wanna Marry "Harry," and Ladies of London all use the idea of the "stupid" or "ugly" American to gain comedic or entertainment value. The whole premise of I Wanna Marry Harry was based on the fact that a group of American women could be hoodwinked into thinking a regular British bloke was Prince Harry. On Ladies of London, even though the majority of the cast is American, the show is dominated by the idea that the Americans don't act properly in British society, and they are constantly put down for their seemingly over-the-top behavior. And now Almost Royal puts "regular Americans" in situations where they look like buffoons because everything they do is so foreign to the Carlton siblings.

But at least in Almost Royal, the Brits don't get off scot-free. Georgie and Poppy don't understand some American customs because they are British, but most of their incomprehension actually comes from their sheltered lives. A lot of the humor of the show comes from how far removed the Georgie and Poppy characters are from how real people live, so you're likely to laugh just as much at the two Brits as you are at the unsuspecting Americans.