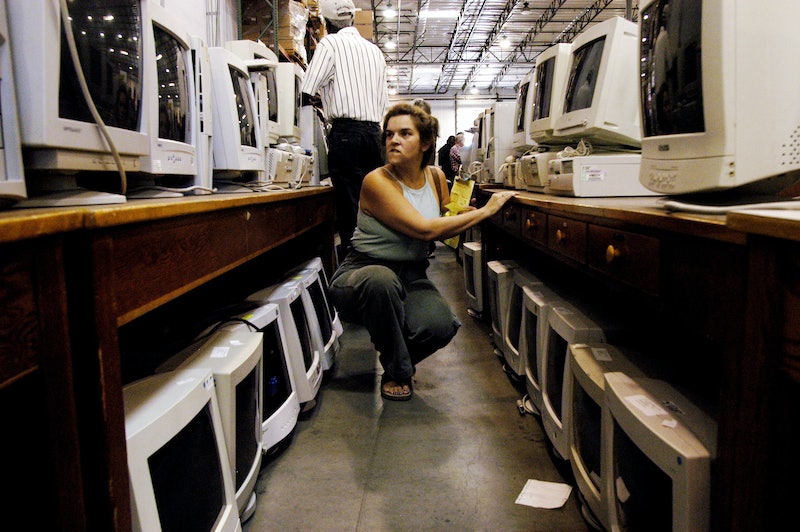 The FBI has been hard at work — figuring out what slang kids these days use on the Internet. And sure, in an age of cyber-spying and online terror cells, the FBI should be examining how people are communicating on the World Wide Web. Unfortunately, the glossary of terms took the FBI so long to compile, they apparently lost touch with reality somewhere along the way.

The glossary, which is a whopping 83 pages long, was uncovered by Muckrock. Its introduction says the internet lingo was gathered from "instant messages, Facebook and Myspace." That's right, everyone, the FBI is spending time on Myspace. In 2014. We didn’t even know it still existed.

If their research on popular internet culture led them to Myspace, we have some serious doubts about their investigative abilities. The list is extensive, though, and does include some useful terms (LOL, FML, BTW, FOMO). Unfortunately, it also includes a lot of terms seem extremely outdated (think Myspace era) or just plain odd (there’s a lot of acronyms about evil laughter and evil grins). The 85-page document is a doozy to get through, but luckily for you, we've gone through and broken the list down for you into a few bizarre categories.

4COL ("For Crying Out Loud"): as in "For crying out loud, Delores, I can't hear a damn thing you're saying!"

DMAF ("Don't make a fuss"): as in your grandmother scolding you in the shopping mall.

Ones you used when you had a Myspace

PLOS ("Parents Looking Over Shoulder"): the acronym every parent was told to learn by heart in the early 2000's.

FAAK ("Falling asleep at keyboard"): for those late nights you spent on AIM.

LMIRL ("Let's meet in real life"): The acronym your parents warned you about when you were in middle school.

Ones that you can't imagine anyone using

BBEG ("big bad evil guy"): Maybe you use this to describe the person you decided to meet IRL.

BIC ("believe it comrade"): Popular in the former Soviet bloc?

CRC ("Chat room chuckle"): A lot of questions arise here. Is this different from LOL? Do people laugh differently in a chat room than they do on other parts of the internet? Do chat rooms still exist?

ICBINB ("I can't believe it's not butter"): This one seems like it has very limited use, unless you expect everything to be like butter.

Ones that are way too long to make sense

ALOTBSOL ("Always look on the bright side of life"): For all you Monty Python fans out there?

BTDTGTTSAWIO ("Been there, done that, got the t-shirt, and wore it out"): We think acronyms lose their sass after around the sixth or seventh letter.

BTWITIILWY ("By the way, I think I'm in love with you"): An acronym doesn't seem like the right way to tell someone this. Unless you're about to get down on one knee, and ask, WYMM?

IITYWTMWYBMAD? ("If I tell you what this means will you buy me a drink?"): Absolutely not.

NTTAWWT ("Not that there's anything wrong with that."): This one should be reserved the Modern Seinfeld Twitter use, only.

PMYMHMMFSWGAD ("Pardon me you must have mistaken me for someone who gives a damn"): Our thoughts exactly, after reaching page 82 of this crazy document. TY, FBI. TTYL.

More like this
15 Years Of The iPhone, In Pictures
By Emma Carey
What Is A “Softboy?” The TikTok Term & Aesthetic, Explained
By Courtney Young
Why Are TikTokers Slapping Each Other With Tortillas?
By Courtney Young
This TikTok Trend Wants You To Be Nicer To Your Inner Child
By Courtney Young
Get Even More From Bustle — Sign Up For The Newsletter