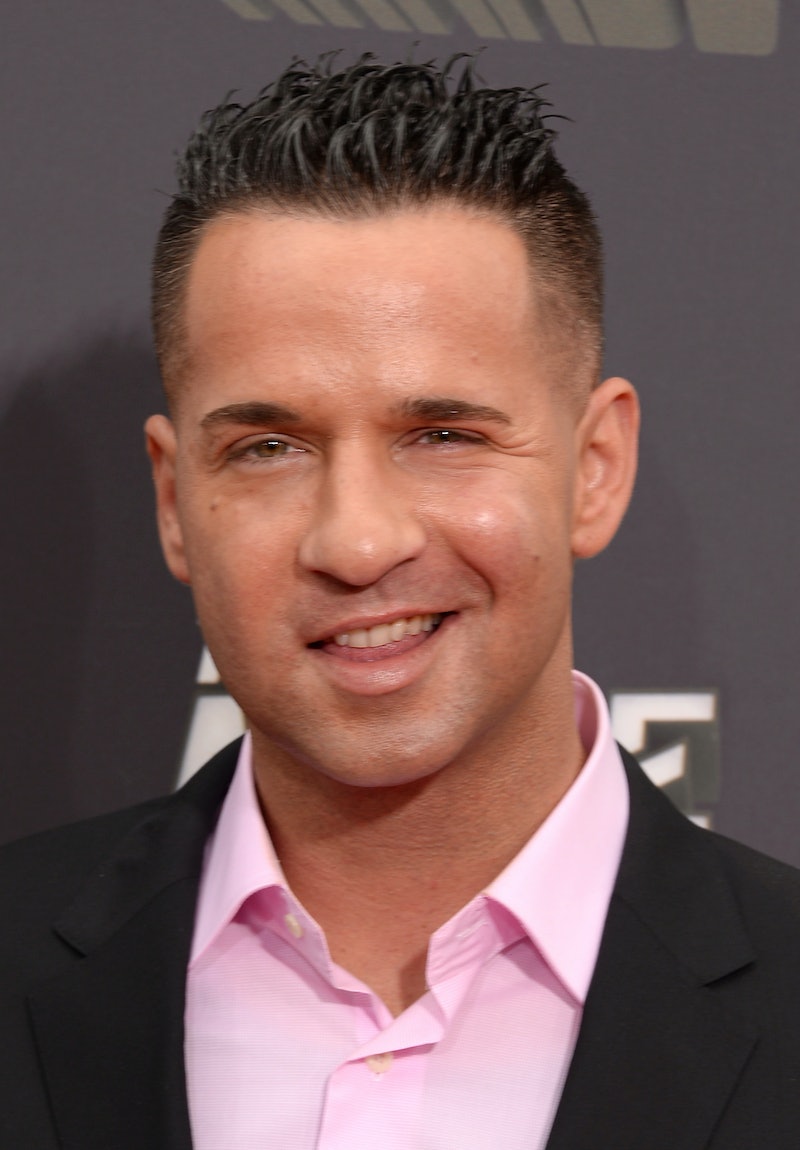 Just when you thought he had dissipated into a cloud of Axe-scented obscurity, Mike Sorrentino goes and gets in trouble with the law. On Wednesday, TMZ reported that the man better known as "The Situation" was arrested Tuesday following a fight at a tanning salon that he owns in New Jersey. Sigh. When Jersey Shore left the airwaves in 2012, I assumed that eventually, Sorrentino would just resume his rightful place cruising the malls of central Jersey and logging overtime at Workout World, never to be heard of again. It seems we're not that lucky yet — while his cast mates get pregnant, Sorrentino is getting a record.

Authorities arrested Sorrentino at Boca Tanning salon after the reality star had a verbal altercation with his brother, who co-owns the body-toasting establishment. Following the incident, Sorrentino posted his own bail of $500, and was able to walk. The former MTV reality star reportedly explained that the scuffle erupted over a argument over how to correctly manage the business. Which poses the question: How many gorillas does it take to appropriately run a small business? Apparently, more than two.

This has already been quite a month for the Sorrentino’s Middletown, New Jersey tannery. Last week, several employees of the salon called the cops on Sorrentino after their paychecks bounced. Remember in 2010, when the reality star made $5 million? Let this be a lesson to the world: Never work for “The Situation” and never take your success for granted.

This venture is the most recent in a pattern of failing entrepreneurial endeavors made by Sorrentino, who also fielded a lawsuit filed against him after his protein-infused vodka endorsement deal went awry. I can’t imagine that sales from his vitamin supplement or his workout DVD were quite so high, either. One thing’s for sure. Managing money is not one of this reality TV star’s talents. But I can’t say I wouldn’t watch a reality show that followed The Situation in his quest to get a CPA license and open up an accounting office. That idea is too crazy to fail.