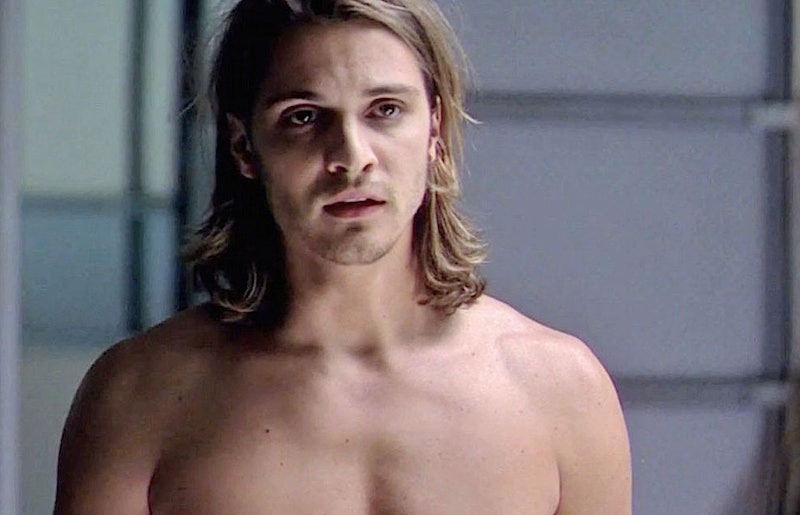 HBO has done it again. True Blood recast Jess' beau James with Bunheads actor Nathan Parsons in January and now it's time to adjust expectations for the Season 7 premiere. Unfortunately, that means we have to say farewell to the young Johnny Depp ringer Luke Grimes, and so soon after we've fully adjusted to Game of Thrones switching out one handsome actor for another (new Daario FTW). Way to make our lives difficult, HBO.

In case you're like most True Blood fans and you stopped trying to keep up with new characters two seasons ago, here's a bit of a refresher for you: James is the ridiculously hot, almost alarmingly quiet vampire who Jess met in Anna Camp's creepy vampire prison. At one point, the creeps running that institution insisted that James and Jess have sex in front of them, you know, for "research." James, being the amazingly generous person he apparently is, refuses to have sex with Jess "because she's a good person." Later, Jess admits that she killed a bunch of young fae girls and somehow, this erupts in a sexual encounter that bonds these two in temporary courtship. In short, James is Jess' new boyfriend.

At least True Blood had the decency to swap James' original actor for someone who looks at least slightly similar, unlike its HBO spring predecessor which swapped a blonde-haired blue-eyed Fabio wannabe for the tall, dark, beardly Michiel Huisman as if no one would notice the staggering change, albeit a beneficial one. Still, the change is slightly jarring when you see the final cut of Sunday's premiere.

Still, as we enter the final season of True Blood, don't be alarmed when you see this young gentleman:

We promise he isn't yet another new character (though we're not making any promises about other unfamiliar faces on this casting-happy series). He's just the object of Baby Vamp Jess' lusty affection.