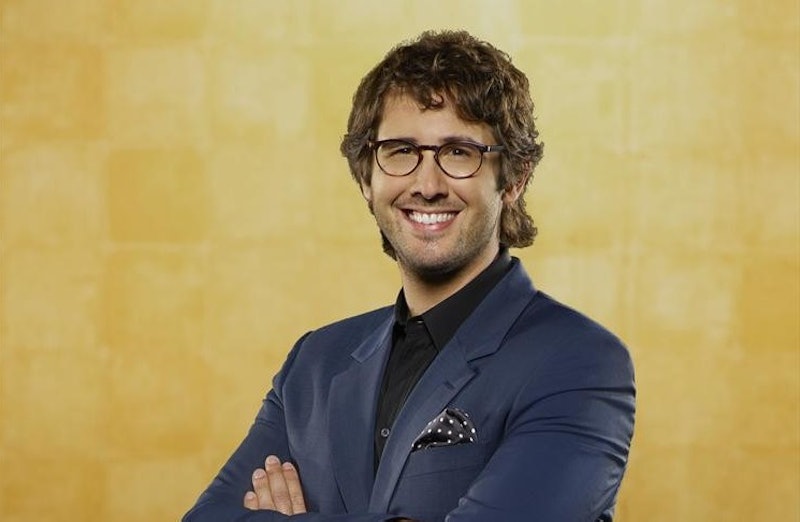 When I first hear the names, Kesha, Brad Paisley, Ludacris, and Josh Groban together, my initial thought is, “What the everloving hell?” But from this Sunday forward, those names — strung together like a 13-year-old frantically trying to decide their music tastes before going to high school — will forever be known as the elite judging panel of Rising Star (unless somebody wins it and pulls a Clarkson/Underwood, I guess). Because whether we want it or not, whether we get it or not, as the Rising Star trailer has informed us, as of June 22, “live TV will never be the same.”

There’s a lot of superlative speak surrounding this show, mostly from its operatic mouthpiece, Josh Groban; so how exactly does Rising Star plan to revolutionize live singing on TV? I kind of thought The Sound of Music Live! had already done that, but ABC swears it’s about to throw down the gauntlet, taking down any Fox or NBC affiliated singing show, and their stupid spinning chairs, and their stupid J.Lo, in its path.

It’s All About the App

Listening to Groban have to explain over and over that the “revolutionary technology” behind Rising Star is "based on an app,” is kind of like having to explain to your parents that you met your boyfriend on the internet, and it's totally normal, and everyone is doing it — everybody knows it sounds a little silly, but this is the world we live in: apps or it didn’t happen. Basically, everyone in the Rising Star audience who wants to have a hand in the fate of the hopeful singers gracing the stage each week must download the free "Rising Star" app. The audience then votes in real time (as in, while the singer is singing) to determine whether each singer advances.

Oh yeah, and the singers are standing behind a wall, because The Voice. That’s a three-story tall wall with images of the voting audience members flashing across it, to be specific, and if the singer gets enough votes, the wall rises, exposing them (or more of them than just their silhouette) to the audience. If they don’t get enough votes, and the wall doesn’t rise, they’re cut on the spot.

OK, but…you are the judges. It seems Kesha, Brad, and Luda will mostly be around to add some musical credibility to this TechCrunch beta test; their votes, unlike our measly one (only one) right-or-left-swipe at home, will make up about 7 percent of the final count for each contestant. So, if only 14 people watch this show and vote on the app, A. that’s going to be one sad three-story wall, and B. for one moment in time, you can hold as much power as Kesha.

Only time and the App Store will tell how much audiences value holding strangers' fate in their hands like a delicate little flower.