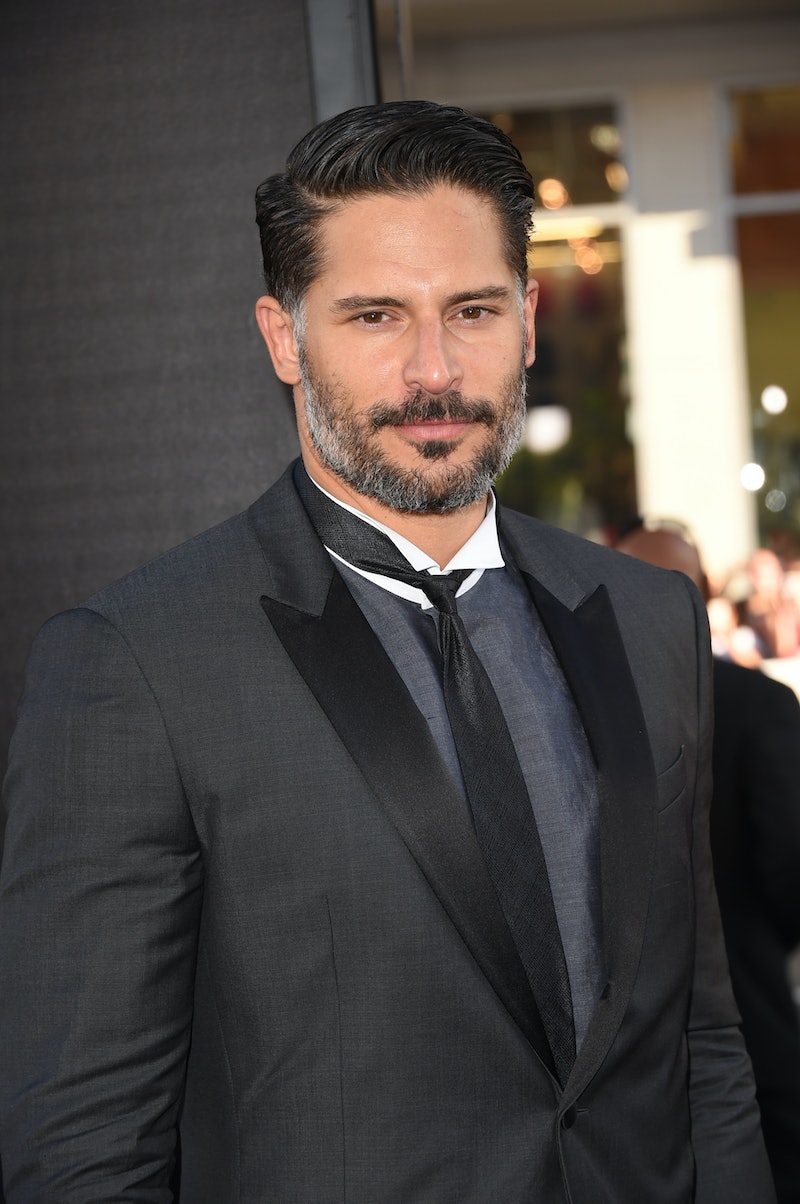 Do you hear the sweet sounds of Gavin DeGraw's "I Don't Want To Be" ringing in your ears every time you see Alcide Herveaux on True Blood? Well, you should — Joe Manganiello's One Tree Hill role got him cast on True Blood. And every OTH fan knows that it's definitely because of that scene where Manganiello's Owen is naked in the back seat of Brooke Davis' car. True Blood Season 7 premieres on June 22 and, according to the Magic Mike star, we would never have seen him on the show had it not been for some seriously pushy OTH fans way back when.

How hard is it to imagine a True Blood without Manganiello's Alcide Herveaux? The statuesque werewolf, who finally managed to romance Sookie away from her vampires during the Season 6 finale flash-forward, is a fan-favorite character. And, aside from Eric Northman, the most lusted-after character on the series. Well, you can thank OTH fans for that. During an interview on Drinking With The Stars, Manganiello told The Wrap correspondent Jake Whetter that the first time he saw True Blood, he was on location in North Carolina shooting One Tree Hill. And, after fans were introduced to his addict-turned-Tric-bartender, Owen Morello, they were convinced that he should play Alcide on True Blood.

According to The Wrap, fans petitioned online to have Manganiello appear as the Sookie-loving werewolf and, well, they succeeded. Manganiello debuted as Alcide during Season 3 of True Blood, after wrapping up his two-year stint on One Tree Hill. And the outpouring of support for the 37-year-old actor convinced True Blood showrunners to extend his six-episode contract to a series regular role. The star told Whetter:

There was no plans to have me on the show past that. I guess there was such a response to the character that they had to find something to do with me. So the reason I've had this five year run is really because of this fan support.

I mean, it's not exactly hard to get behind the criminally handsome star, so I'm not surprised. See his OTH scene and the full interview below:

See, that has to be why they wanted him as perpetually shirtless Alcide.