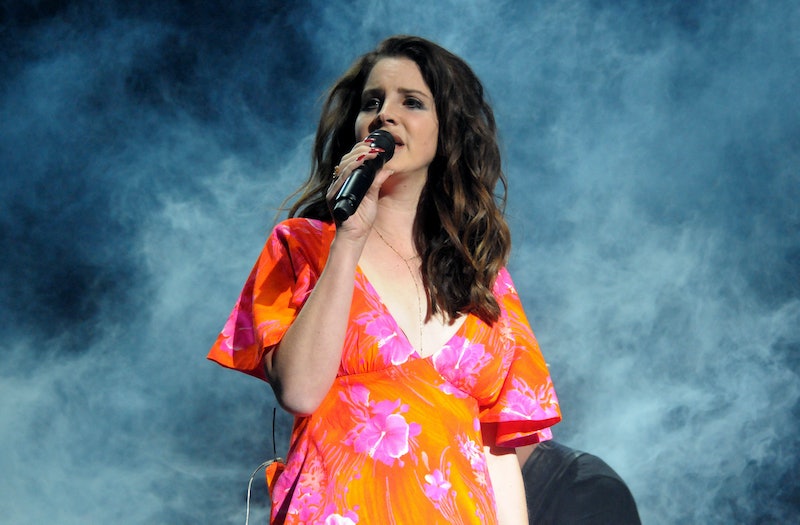 Celebrity sad-girl and Kimye wedding singer Lana Del Rey is really, really bored with being famous, so bored, in fact, that she basically just wants to be done with this whole thing (i.e. life). Earlier this month in an interview with Tim Jonze of The Guardian, she said that she wished she "was dead already." Yikes. But Lana Del Rey doesn't actually want to die, like, not for real. This salacious quote may have been taken out of the context of what looks like some seriously dark humor, because Del Rey has since said that her statement was grossly over-exaggerated and sensationalized. She took to Twitter and said that the writer was "was masked as a fan but was hiding sinister ambitions and angles ... Maybe he’s actually the boring one looking for something interesting to write about."

For her sake, I'm glad she was just joking around (I think? I hope?) and that "Summertime Sadness" isn't about Del Rey's actual summertime sadness, more commonly known as CLINICAL DEPRESSION which would be a serious problem. All "jokes" aside, this isn't the first time Lana Del Rey has expressed a general disinterest in being famous or with life in general. Actually, she's been quite vocal about the fact that she finds celebrity to be so, so boring.

There's the time she was bored with feminism:

Who needs it, right? (JOKING.)

The time she was really bored on SNL and totally hated it:

The time she was so bored on stage she just twirled around:

And then she twirled inside a Poké Ball.

The time she recorded these really depressing lyrics:

The time she really hated interviews:

That's her "haha not funny" laugh.

The time she said everything about being famous is basically awful:

The time she was just chillin' at the bottom of a pool:

It's all just too much.

The time she wrote songs called "Sad Girl" and "Born To Die":

I think she needs a hug, you guys.

The time she realized fame was fleeting...

...and realized she was totally over it.