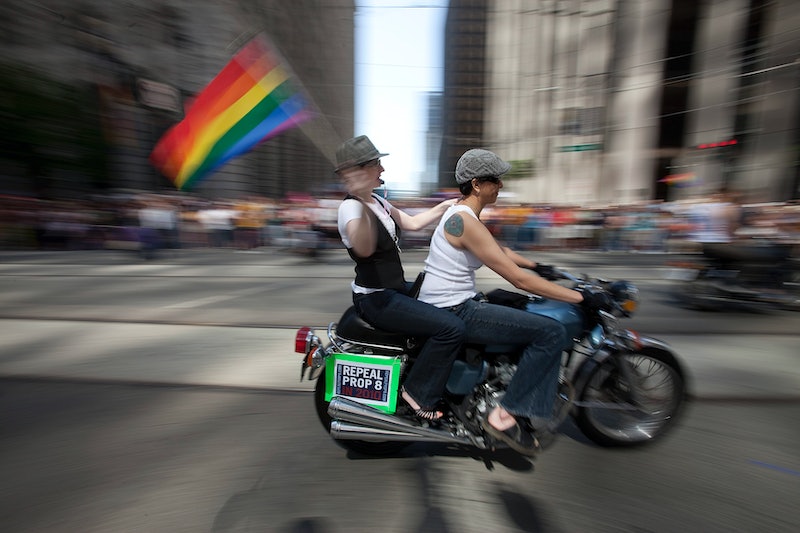 Some good news for the lesbians of the world, or at least the ones living in The Big Apple. The first-of-its-kind lesbian dating app Dattch is now officially open to New York City users. Hooray!

Though lots of dating sites and dating apps have settings available for lesbian users, Dattch is unique in that it doesn't allow men to register at all, and in fact carefully screens to keep creepy guys from sneaking their way onto the service (though transwomen are welcome). They require users to either send a message from their Facebook account, or provide a phone number so the site can call and verify their identity. All of which has proven to be necessary given how many guys have tried to sign up for the app – some even posting their real names and photos, wanting to meet lesbians. Which makes really no sense, but people do ridiculous things sometimes.

Although there are other dating apps specifically geared towards queer women, Dattch claims to be the only one truly designed specifically for women, rather trying to directly copy from primarily straight apps like Tinder or gay apps like Grindr. With Dattch, a woman creates a profile that includes not only pictures of herself, but also images representing interests, favorite foods, what book she's reading, for an effect that's part Tinder, part Pintrest.

It's an approach that seems to work well for users, as opposed to Dattch's original format featuring a profile picture and text. "The conversations that started were terrible," says CEO and founder Robyn Exton. "They were opening with, 'You look nice', 'You have nice eyes,' etc. And who thinks that's an exciting thing to reply to?" The new format allows for much more interesting conversations right off the bat.

Dattch started in London, but it's already expanded to San Francisco and Los Angeles in the U.S. The team currently is looking to keep expanding, maybe into Australia next, though Exton says they'll go anywhere if they've had at least 2,000 requests from the area.

Dattch, whose name is a combination of "date and "catch," is currently available through the Apple Store and for Android phones for free. So rejoice, lesbian ladies of New York! Meeting someone new just got a lot easier.