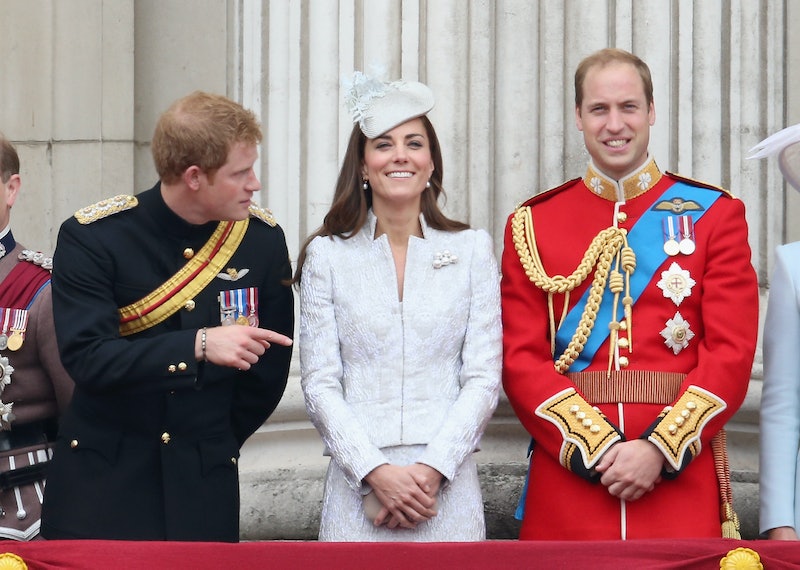 The Duke and Duchess of Cambridge just spent a reported £4 million repairing their Kensington Palace apartment – on taxpayers' dime. The repairs included fixing the home's roof, removing asbestos, renovating several residential rooms (including Prince George's nursery), and refurbishing electrical and plumbing work. Consider yourself lucky that your last home repair only amounted to putting in a new lightbulb.

The initial repairs to the apartment starting two years ago amounted to a relatively paltry £1 million, with £600,000 of that amount going to internal refurbishments and a further £600,000 to fix the roof. It was already clear then that there would be more costs ahead, but the final reported cost seems to have been a surprise even to those closely following the story. The final numbers have yet to be confirmed by the royal family and will be published next week, although considering the royals' response to reports, the £4 million number likely hits close to home.

The family is, understandably, defending the cost. Said a royal spokesperson, "This is the Duke and Duchess's one and only official residence. It is here that they plan to stay for many, many years to come." The couple didn't even move into their official residence until last year, after a year of repairs. The apartments were actually not used as a living space for many years before Wills and Kate moved in: it had previously been home to Princess Margaret, but after she died in 2002 it was repurposed as office space. On top of that, the home hadn't seen any real renovation since 1963. No wonder asbestos was a problem.

Along with the asbestos and roof repairs, the apartment required a total overhaul of its electrical systems, which can become dangerous after, you know, not being looked at for half a century. Plumbing was also completely renovated, but this wasn't just an average pipe repair. "To put it in perspective," the spokesperson said, "there wasn’t even any running water." Yes, in at least one respect, you've been living more extravagantly than the royal family for years.

The family says the repairs weren't extravagant but merely a consequence of modernizing a centuries-old building. The couple reportedly paid for all the apartment's furnishings, including rugs, curtains, and hopefully a stand mixer for their newly renovated kitchen. But not everyone is so sympathetic to such costly repairs. "This is money coming out of the public purse at a time of great austerity," Margaret Hodge, chairperson of the Commons public accounts committee, "and I am doubtful whether this is something the public would endorse."

More like this
Kate Middleton Wore Princess Diana’s Jewels In Royal Portrait
By Meguire Hennes
The Families Of Grenfell Tower Are Still Waiting For Justice, Five Years On
By Bustle UK
How To Fight For Reproductive Rights, Based On How Much Time You Have
By Courtney Young
How 5 People Upended Their Lives To Fight For Abortion Rights
By Hannah Smothers
Get Even More From Bustle — Sign Up For The Newsletter