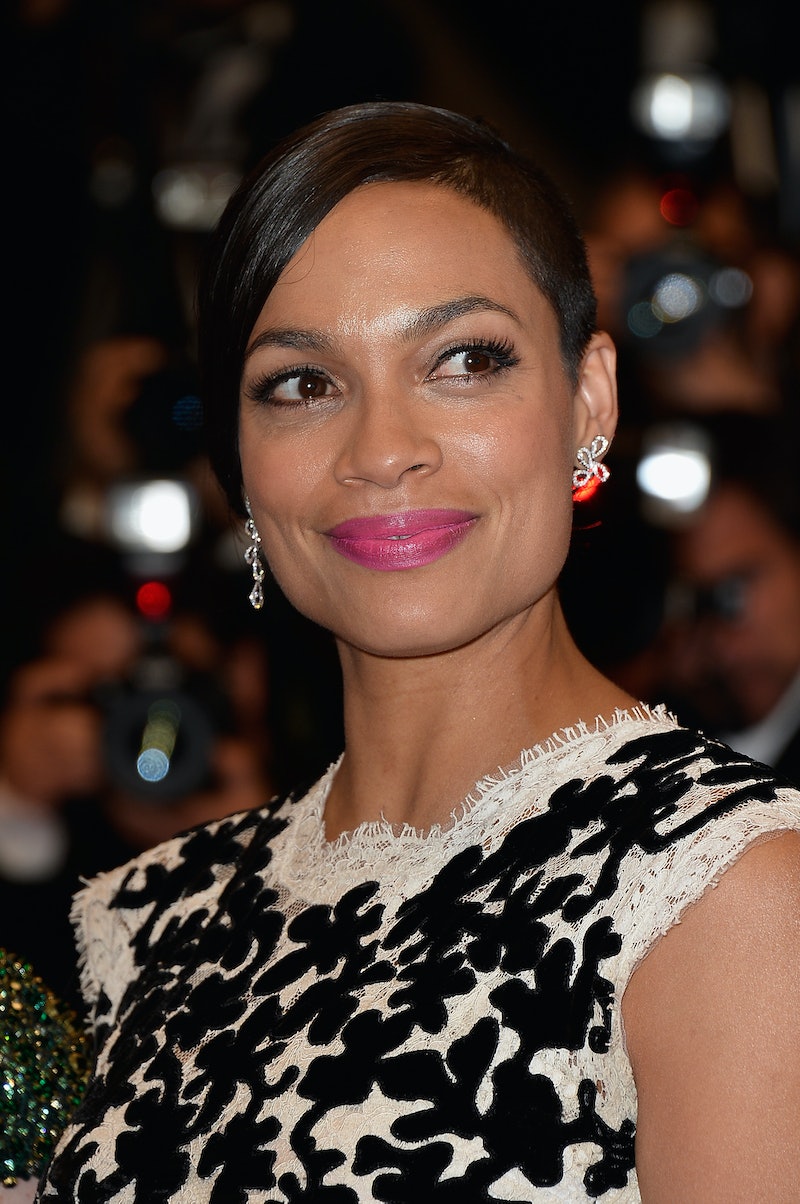 The departure of showrunner and Cabin In the Woods director Drew Goddard from Netflix's in-the-works Daredevil series has been one in a couple of moves in the Marvel realm that have raised eyebrows of late. Now Rosario Dawson's joined Daredevil on Netflix, though, and it's given us a whole new reason to be psyched for the show. So who's she playing?

There are a couple of options on that front. When one hears that they've cast the lady in Daredevil the immediate instinct is most likely that we're talking Elektra and everything that she brings with her. That's a possibility here, but The Hollywood Reporter's description for her character describes her as " "a dedicated young woman whose quest to heal the wounds of Hell's Kitchen brings blind attorney Matt Murdock unexpectedly crashing into her life." That means it's also very possible that Dawson will be playing Milla Donovan, a "civic-minded" blind woman who eventually marries Daredevil.

Dawson is no stranger to playing comic book characters: She was in the 2005 adaptation of Frank Miller's Sin City, and also the adaptation of (and greatest movie of our time) Josie and the Pussycats. In Daredevil she'll be playing opposite Boardwalk Empire 's Charlie Cox, who scored the role of the title character.