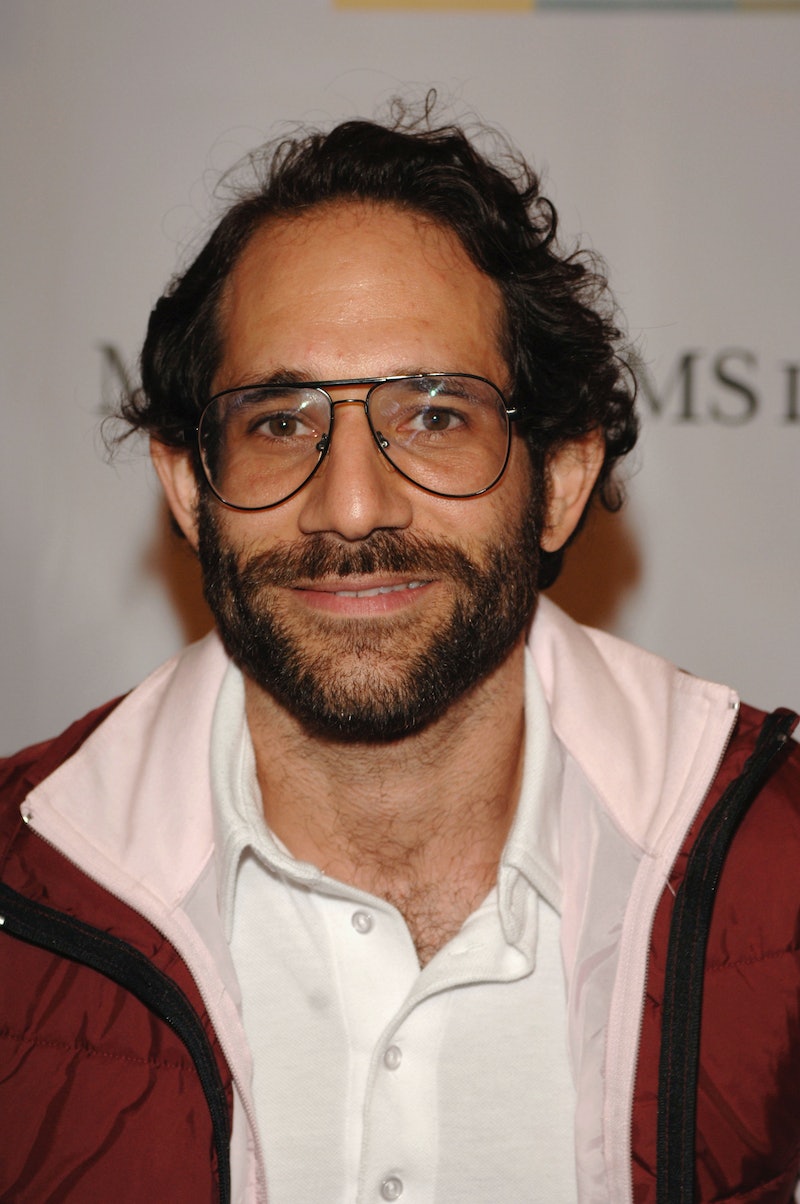 American Apparel founder and CEO Dov Charney was fired last week, and it was a long time coming. Daddy Dov has certainly made his bed of questionable clothing, and now it’s time to lie in it.But amidst the scandal, we were left to wonder exactly which act of “alleged misconduct” finally led his board of directors to put the kibosh on Charney's controversial and creep-tastic tenure. Shocker: it may involve nude photos. According to a story in the New York Post published on Friday, the episode that led to Dov Charney's ousting was that he allowed nude photos of a former employee to be posted online.

A source tells The Post that when Charney was fired, the American Apparel board of directors cited one incident of slimeballery in particular. Charney allegedly allowed naked pictures of Irene Morales, a former employee, to be posted on a blog by a current employee who acted as Morales. Years ago, Morales sued the company for $260 million in psychological damages. Back in 2011, Morales claimed that Charney sexually assaulted her, "held [her] prisoner" in his apartment for hours, and "subjected [her] to extreme psychological abuse and torment.” These acts allegedly went on for several months after her 18th birthday in 2007. But in 2012, the suit was thrown out by a Brooklyn judge, and was sent to arbitration.

Whatever information has come to light internally has reportedly led the retailer to re-examine the former employee’s case more closely. The Post reports that the company is settling out of court with Morales for an undisclosed sum, which was the last straw:

The board’s concern, according to sources, is that the blog not only harassed and defamed Morales, but also ran afoul of certain California laws that forbid falsely impersonating others online, as alleged in a suit at the time by Morales’s lawyer Eric Baum.

By knowingly allowing the blog to be posted, the board charged that Charney exposed the company to liability, according to sources close to the situation.

The board members have neither confirmed nor denied that this specific incident was what led to his dismissal. Beyond this, on Friday a video of Charney dancing naked in front of two employees surfaced, so that's another great reason to fire your CEO. Allen Mayer, the company's co-chair, acknowledges that recent discoveries about Charney’s character led the board to take action. The brand has been financially ailing for years, and recent intel has made it painfully clear that Charney is a legal and financial liability that they simply can’t afford.

While American Apparel is trying to move on, the games may just be beginning for Dov. According to WWD, Charney may be planning to fire back legally at the company as early as tomorrow. If know anything about Charney, it's that he's not the type to go gently into that good night. Check back for more developments on this retail scandal, because we have a sinking feeling that things are about to get ugly.

More like this
Kim Kardashian On The Beauty Hack That “Changed My Life, My Skin, My Confidence”
By Taylor Jean Stephan
Here Are All 703 Outfits Rachel Wore On Friends
By Kat George
These Are The Murder Suspects You Didn't See In 'The Texas Killing Fields' Doc
By Grace Wehniainen
Casey Anthony Revisits Abuse Allegations Against Her Brother In Her New Docuseries
By Grace Wehniainen
Get Even More From Bustle — Sign Up For The Newsletter