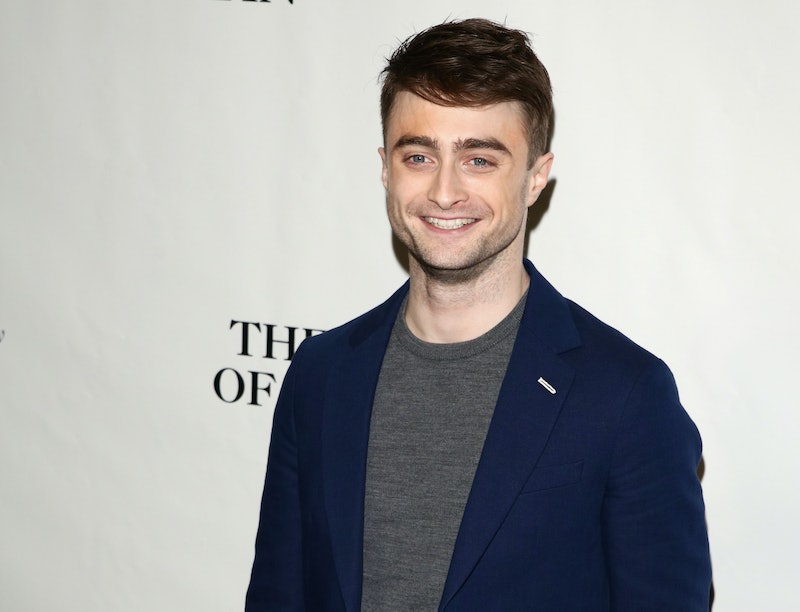 Aside from the mother-goddess J.K. Rowling herself, Daniel Radcliffe is probably the closest thing the Harry Potter fandom has to a monarch. Which is why it's kind of surprising how haphazard Daniel Radcliffe is at sorting celebrities into Hogwarts houses. C'mon, Radcliffe! Get your head in the game!

To be fair, watching Radcliffe sort people into houses — which he did recently for Buzzfeed — is quite delightful, and he's not all wrong. But I gotta get pretentious here: I taught a class on Harry Potter during undergrad, and as someone who used to shape young minds with the gospel of the Wizarding World, this is some sloppy-ass sorting, Mr. Radcliffe. Ten points from Gryffindor! This is like if I asked my aunt who's only seen the movies to sort people. A complete lack of complexity! And really, Hufflepuff's been getting a bum rap, and Daniel Radcliffe is not helping.

Granted, he did get a few things right. Let's grade him on his efforts, shall we? In order of appearance:

What he sorted her into: Gryffindor

What he sorted him into: Ravenclaw

Why he's right: Cumberbatch and Streep seem to be kindred spirits in how they approach their work and their characters.

What he sorted him into: Gryffindor

Why he's right: I mean, duh. That just feels right. Gryffindor all the way.

What he sorted her into: Gryffindor

Why he's right/wrong: Well he said she should be there because they could "sort her out" over there, but really, Gryffindor would probably make Cyrus even more...Miley. They're a house known for standing up for their beliefs (which Cyrus does even when the Internet disagrees with her), and for their often rash, sometimes loud behavior. It's not that far off, I guess?

Grade: Eh, let's give this one a solid B.

What he sorted him into: Hufflepuff (because he knew he wouldn't take offense)

Why he's right: Although we admittedly don't have access to Jon Hamm's real personality (or those of any of the above or below, for that matter), this doesn't seem completely off. After all, Hufflepuffs have notoriously great work ethic, and Hamm toiled away thanklessly in Hollywood for decades before Mad Men and Don Draper came a-knockin'.

What he sorted him into: Gryffindor, because of the mane.

Why he's wrong: I had no opinion on this one so I consulted some friends who identify as hardcore One Direction fans. They were also all either in my Harry Potter class or on the Harry Potter Alliance board of our alma mater with me (yes, the nerd levels are high in these parts), so they seem extremely qualified. Here is what they said: "Harry Styles [is] the puffiest Hufflepuff to ever huffle"; "Do you want me to explain with .gifs? I can"; "He just cares about other people too much to be in any other house"; "He is incredibly genuine and concerned with other's well-being"; "One of his hobbies is knitting." There you have it, I guess?

What he sorted him into: Slytherin

Why he's right: Have you heard Kanye West talk? He's one of the Slytheriest slytherins to ever slyther. Not all slytherins are evil just like not all hufflepuffs are dim, and West is pure slytherin: He only wants (what he sees as) the very best and therefore only really hangs with the people (professionally and personally) who he sees as fitting the bill, and he has an intense and vocal ambition.

You can check out the full sorting below, and make your own analyses.