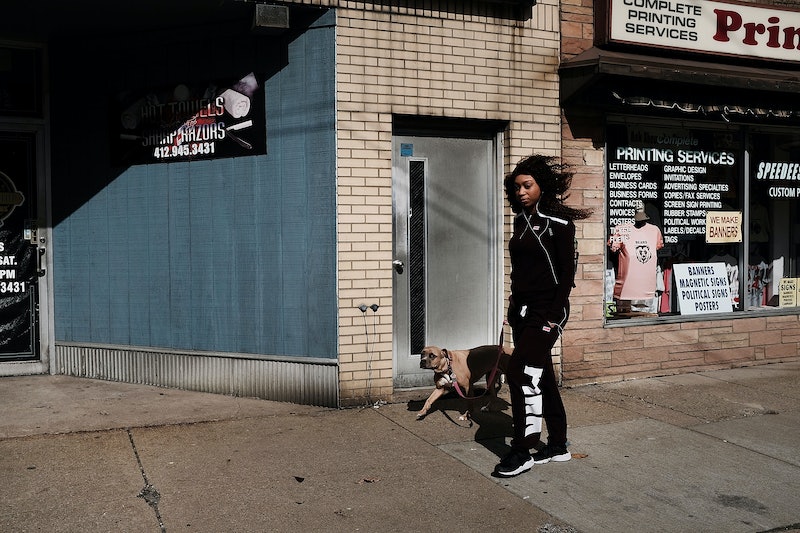 Over the weekend, the hashtag #NotJustHello stated trending on Twitter. Why is this important? In the ongoing conversation about street harassment, it pinpoints exactly why the behavior is such a problem. Listen up, catcallers: When you “just say hello” to someone, it’s not just hello. It’s pretty much never just hello. It’s about power, and dominance, and entitlement — no matter what you tell yourself. And all these experiences prove it.

The Daily Dot traces #NotJustHello’s origins to the moment when a Twitter user by the name of @UJohnsmeyer jumped into a general conversation about street harassment started by Feminist Int. and Mikki Kendall:

And it all spun out from there. Others quickly joined the conversation using the hashtag #NotJustHello, sharing their moments when “hello” was anything but:

This is just a teeny, tiny selection of the outpouring of stories, but they all share the same setup: They declined to respond to catcallers in the way the catcaller desired, and found themselves being both verbally and physically attacked because of it.

The biggest thing this whole conversation points out is the dissonance between how catcallers see their behavior versus how it usually comes across. @UJohnsmeyer, and others like him, view catcalling as benign, a compliment, the chance for romance to blossom:

But the problem, as @RainaDeLalsla pointed out, is this:

And it’s not calling someone beautiful, either. Compliments don’t look like that. We’ve been talking a lot lately about entitlement, especially in the wake of the UCSB shooting; the bottom line — and the thing that so many catcallers, harassers, and so on don’t understand — is that no one is entitled to the attention of someone else. No one needs to justify not engaging in conversation beyond “I don’t want to talk to you.” End of story.

What I have such a hard time wrapping my brain around is the fact that so many people seem to think otherwise. A Yahoo! Answers thread kicked up in response to the hashtag, asking whether it and other hashtags like it are “constructive or useful” — and the wide majority of answers chalked it up to “feminist hysteria,” “gender narcissism,” and “extreme hyperbole.” A lot of them fall back on the old “Well, I ride the subway every day, and I never see incidents like this happening!” argument — the sort of “I don’t see it, so it doesn’t exist” argument favored by two year olds with no object permanence. This? Is quite possibly the most dangerous part of the whole thing. Trying to downplay an issue such that it becomes invisible doesn’t make it any less of an issue; in fact, it makes it even more of one.

Spot on. The way to make change is to point it out, time and time again, until it can’t be ignored anymore. Hashtags like #NotJustHello are constructive and useful, because they keep the conversation going. There’s a reason we use the term “raising awareness”; identifying problems is half the battle. Start paying attention. Examine yourself, and examine the world — and call out behavior like this when you see it, regardless as to whether it’s coming from you or from someone else.

And for the love of all that is holy, stop telling us to smile.

More like this
Is TikTok’s “Villain Era” Trend Just An Excuse For Bad Behaviour?
By Chanté Joseph
TikTok Is Using A Kendrick Lamar Song To Post Thirst Traps
By Courtney Young
What Does “Gatekeeping” Mean On TikTok? The Viral Term, Explained.
By Courtney Young
TikToker Kate Glavan Has The Antidote To The “Hot Girl Walk”
By Alexis Morillo
Get Even More From Bustle — Sign Up For The Newsletter