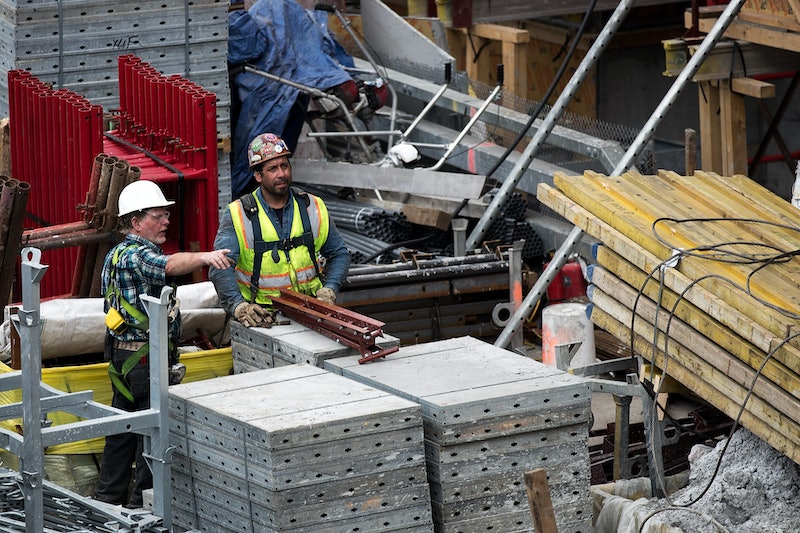 Women have probably been dealing with street harassment since streets were first invented, and in the modern world it's a well-known stereotype that construction workers are some of the most prone to catcalling. But what if those construction workers weren't feeling like their usual, crass selves? What if instead they were...craving Snickers?

In a new Snickers commercial from Australia, construction workers shout positive things as passing women, such as "Have a lovely day," and "That color really works on you!" The reason? These men "aren't themselves" because they are hungry.

Though the ad is funny, I have a whole series of problems with it, starting with the question of why anyone should buy Snickers if not having Snickers turns someone into a better person. Then there's also the fact that interrupting women going about their day to shout anything at them, pleasant or not, is still kind of rude when you think about it. But mostly, there's the fact that this commercial implies that being a catcalling jackass is the natural state of all construction workers.

The assumption there is both classist and sexist in and of itself. Yes, construction workers do seem more prone to catcalls than most other groups, but this video reads like, "We all know that the true nature of those sweaty, lower class, manual labor types is to be sexist pigs." Because...CEOs in business suits are so enlightened. That's definitely why there's never any sexual harassment at major companies, and why the glass ceiling got shattered years ago. Oh wait. Yeah, I'm going to go out on a limb and say that acting as though men who work blue collar jobs naturally treat women poorly is classist crap.

Then there's also the fact that it's dumb to act as though catcalling — or sexism in general — is somehow inherently part of the male identity. It's another variation of the "boys will boys" theme that's been used to justify everything from locker room talk to rape. And it is, in and of itself, a sexist assumption. As though men are just simple creatures who can't help but behave like grunting Neanderthals. Pardon me while a roll my eyes.

The ad has been getting some positive press, but I remain unconvinced. I mean, as amusing as it is to watch a group of well muscled construction workers chant about equality and say "You go, girl!" the whole thing is still just buying into the same tired, sexist tropes that make catcalling rampant in the first place.

And I still don't see why this would make anyone want to buy Snickers.