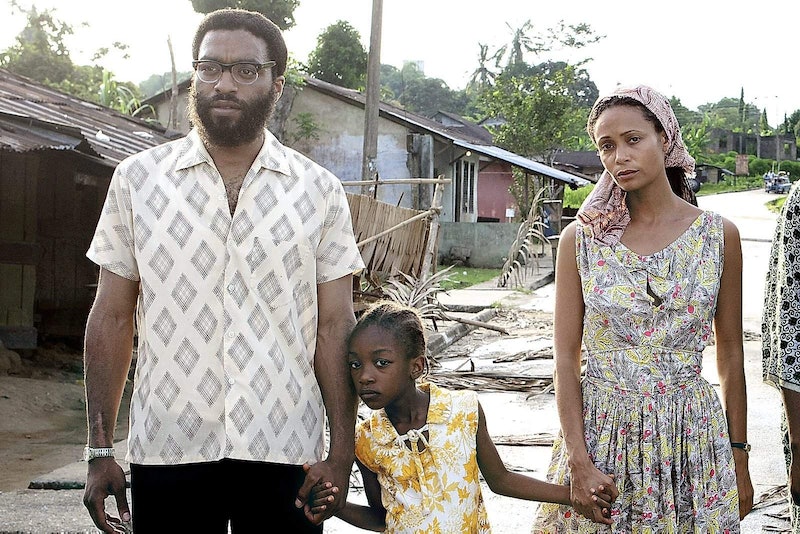 As a long time Chimamanda Ngozi Adichie fan (and someone who swooned to hear that Lupita Nyong'o would be starring in the film adaptation of Americanah), the idea that anyone would try to keep people away from her novels or their adaptations is ludicrous. Nevertheless, Nigeria's National Film and Video Censors Board is currently blocking the movie adaptation of Adichie's Half a Yellow Sun from being shown in the country. According to a new statement from the board, however, the film is not "banned" but its release has been delayed until the producers make certain changes. Which sort of sounds a whole lot like banning.

In the new statement, the board explains their decision was based on the movie's potential to "undermine national security." The film and the book both take place during Nigeria's bloody civil war during the 1960s, in which the southeastern part of the country attempted to secede. Today Nigeria is once again experiencing heightened tensions between its largely Muslim northern regions and the largely Christian south, which may have influenced the board's decision. However, in a country where more than 200 school girls can be kidnapped by a terrorist organization, it also seems highly hypocritical to claim that a film is what represents a threat to national security.

Half of a Yellow Sun is an amazing story, one that Adichie tells with deep humanity and grace. It's a haunting look at war, love, family, and hope, and was partly inspired by accounts from the author's own family members about the war. So even though the war itself isn't the only focus of the story, if the National Film and Video Censors Board wants to minimize the conflict's presence in the film, the results will be a drastic change from the original story.

According to the board, producers have not responded to their ruling. In their new statement, they say that the board issued a letter in May "requiring the distributor to expunge/edit some clearly stated objectionable aspects," but have received no response. Until such cuts are made, however, the film will remain unavailable.

Half of a Yellow Sun has already been released in the U.K. and the U.S. in select theaters. It's received wildly positive reviews, and the director, Biyi Bandele, has said he does not see any way that the film might incite violence. On the contrary, he believes that talking about the 1960s civil war is badly needed. He told the BBC, "One of the reasons Nigeria is more divided today — 40 years after the end of the war — than it was before the war started, is because we have refused to talk about the elephant in the room."

The National Film and Video Censors Board apparently wants to maintain that status — although they do seem to want to shift responsibility for the film's continued delay onto the producers. But even if some version of Half of a Yellow Sun is shown in Nigerian movie theaters, I think it's a mistake to say the film hasn't been banned. Whether the requested changes are small or large, the film in its complete form won't be allowed, and that sounds a whole lot like banning to me.

More like this
The Biggest Differences Between 'Bullet Train' & The Book It’s Based On
By Arya Roshanian
Gassed Up Promises All Things Action, Risk, & Redemption
By Frances Stewart
Josh Peck Shows Love To Jennette McCurdy After Her Shocking 'iCarly' Revelations
By Radhika Menon
We’ve All Had Bad Sex. Nona Willis Aronowitz Is Talking About It.
By Sophia Benoit
Get Even More From Bustle — Sign Up For The Newsletter