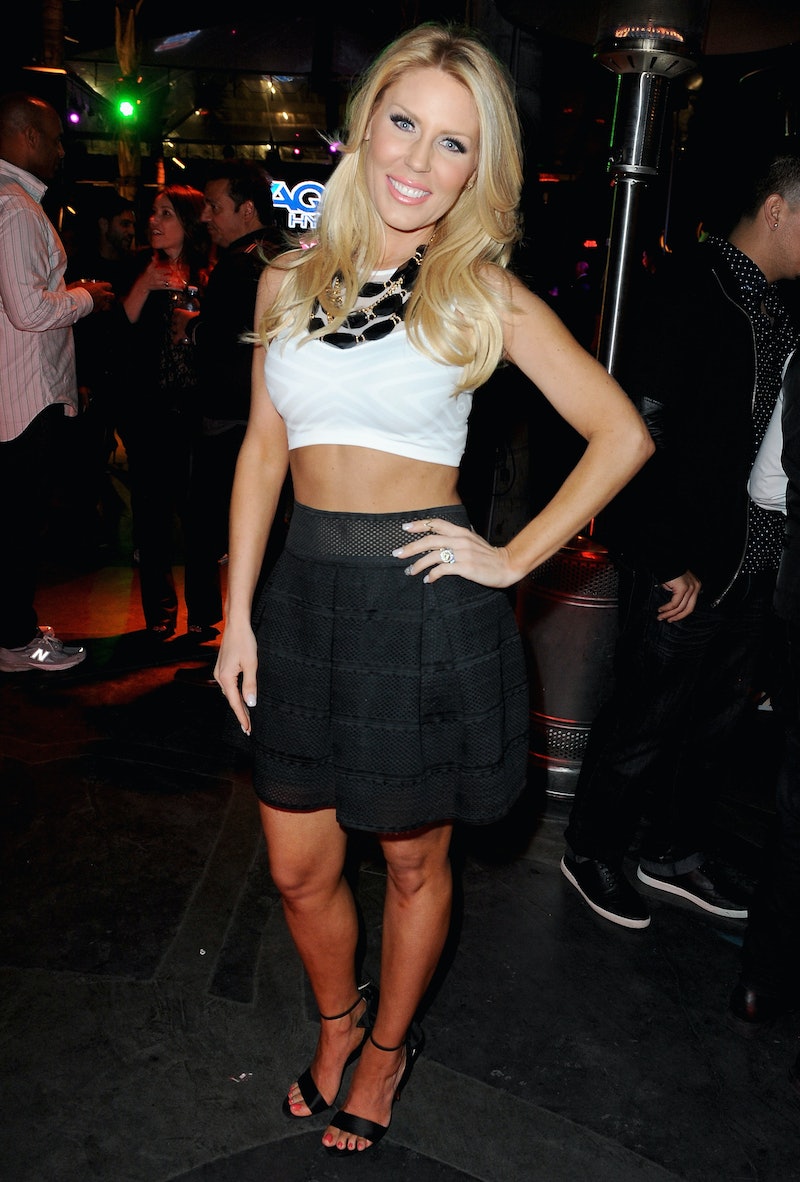 Has anyone else noticed that this season of the Real Housewives of Orange County seems to be missing something? Former castmembers Alexis Bellino and Gretchen Rossi didn't return for RHOC 's current ninth season, leaving a gaping hole where fights with Tamra Judge should be. Sure, we can entertain ourselves with Vicki's visits to Oklahoma or new addition Lizzie Rovsek, but it's just not the same as when Gretchen was there to really stir things up. So should fans keep hoping that Gretchen will return to RHOC or is it time to move on? Like everything related to the housewives, it's complicated.

Currently, there are no plans of Gretchen returning to the series. She maintains that she wasn't fired by Bravo, but rather declined her invitation to return for Season 9. In an interview with Wetpaint, she explaned her decision to leave.

I’m just to the point where I want to empower women, and the vision that Housewives had was not on that same path, so I’m looking forward to living happy and living a different life than what was portrayed on Housewives.

Since leaving the series, Gretchen has starred on Marriage Boot Camp: Reality Stars , alongside her fiancee Slade Smiley, and continued to fight with Tamra. Of course without cameras surrounding Gretchen, the feud has moved online, with the two women (and sometimes Slade) trading insults and accusations through various interviews and social media accounts.

But there's hope. In the same interview, when directly asked if she'd ever return to RHOC, Gretchen said, "You know what, never say never.” Is that a glimmer of hope I feel? Gretchen then went on to say, “The show became a little too negative and too toxic for me. But, if certain things change, you never say never." I have a pretty good feeling that by "certain things" Gretchen means Tamra.

But it gets better. One of the pair's offscreen feuds culminated in Slade predicting that Tamra would be fired from RHOC by the end of this season. After a particulary vicious back-and-forth that had Gretchen and Tamra accusing each other of being bad parents, Slade told Radar, "Tamra WILL be fired in the future. She is a trashy, lying, cheating adulterer that will be leaving."

So Gretchen would consider returning to RHOC if "certain things change," and her fiancee predicted that Tamra, with whom Gretchen's issues seem to have only gotten worse, would soon be fired from the show. Whether this is a good or bad sign depends on if you're Team Gretchen or Team Tamra. Sure, it'd be sad to see another RHOC castmember leave, especially if you like Tamra, but if she were to get fired, that might be enough of a change to get Gretchen to come back.

But I could be wrong. Gretchen could never appear on RHOC again, whether or not Tamra makes it to another season. Or the change she's referring to might simply be her Bravo paycheck, and with the right number could come running back to the OC.

For now, we'll have to follow the Tamra vs. Gretchen action online. There should be enough drama to last for years.