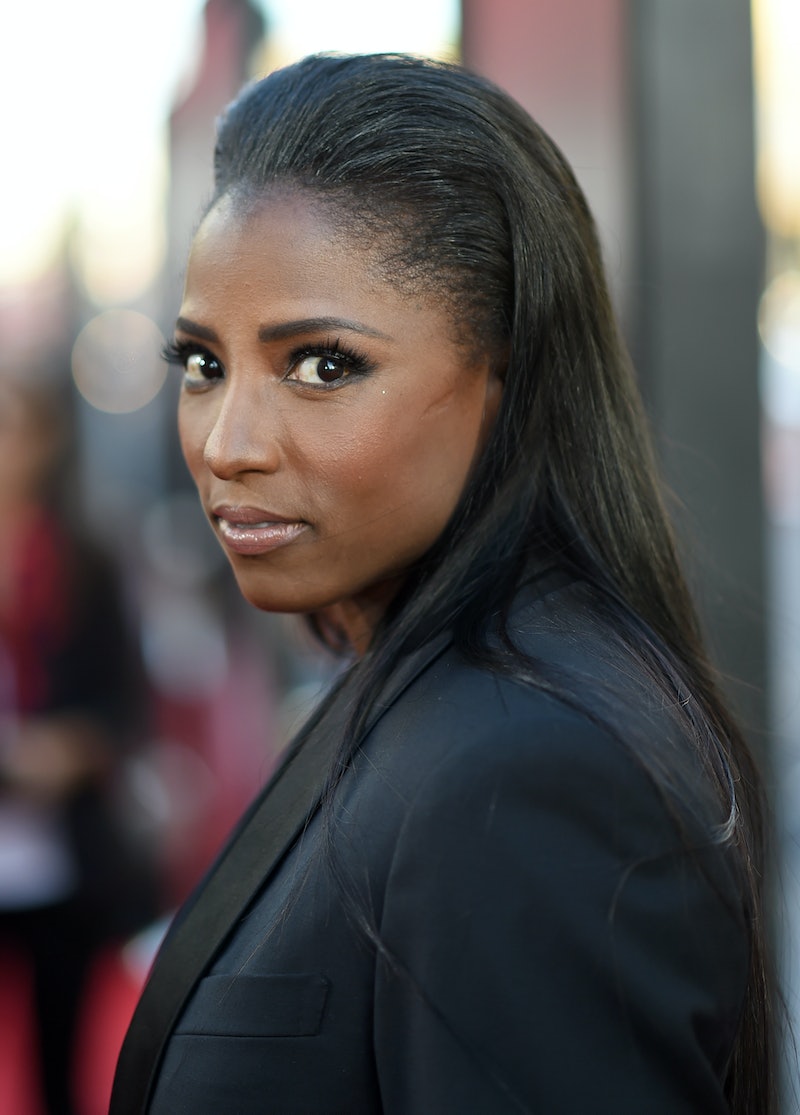 It happened in a way we've yet to see in any series opener: True Blood killed Tara quickly and without ceremony. An attack by Hep V positive (but definite non-zombie) vampires left a rash of carnage and before we could even train our eyes to focus on any one of our favorite character's faces, Tara was dead and Sookie — in typical Sookie fashion — was the one heralding the sad, sad news. But then the beloved twang of True Blood's theme song sprang up and the familiar images of rattlesnakes and women bumping and grinding in country western bars took us away from the moment. It forces us to speculate: There's no way that really happened, right?

Unfortunately, boys and girls, it looks like Tara really did kick the bucket this time. There is no coming back from the True Death and Tara was a newly turned vampire, y'all. But in case the rules of vampirism weren't enough for fans, Tara portrayer Rutina Wesley made sure to put the final nail in the coffin on Monday morning.

Speaking with TV Guide's Natalie Abrams about the dramatic Season 7 premiere, Wesley said, "[Tara's] dead. I hate to say it, but she's dead. I'm no longer." And while Tara may not have been the most beloved True Blood character (seriously, girl, make better choices), her sendoff seemed rather callous and abrupt — even for True Blood. And now, we know it's the actual end of her character, to boot.

Still, Wesley seemed to approve of her character's final moments, so I guess we can take solace in that? "I thought they did a great job with how I went out," she told TV Guide. "I love the way that they did it. It was great to see Tara go out fighting." If you think about it, going out in a blaze of anger is pretty Tara-like:

Yeah, that seems about right.

But if we know anything about True Blood, it's that there are ways for us to see characters' faces once more after death (hello, Jesus-the-lover-that-haunted-Lafayette-from-beyond-the-pale and Godric The Encouraging Ghost). Wesley didn't give any indication in her interview, but it seems almost impossible that Tara won't show up here or there, even if it's just in one of Sookie's memories. Fear not, Bon Temps vacationers. Let's have at least a little faith (even though True Blood is practically begging us to abandon its nonsense storylines at this point) that we'll get every bit of closure we need.

Plus, if that doesn't work, the familiar, yet overwhelming wave of disappointment that overtakes us at the end of each season might actually reach unreal heights by the series finale. So we can at least look forward to marveling at that seemingly unachievable feat, right?