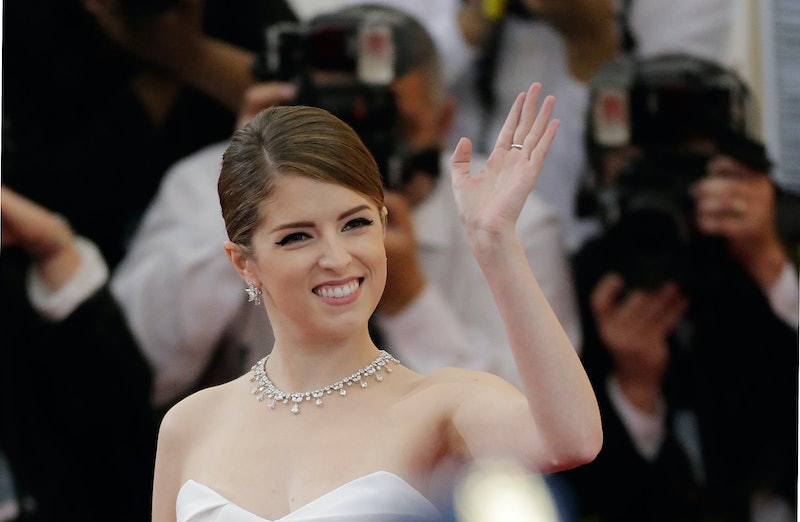 It's always difficult to get fans on board with film adaptations. Just ask Ben Affleck in Batman v. Superman: Dawn of Justice , who made the innocent mistake of taking up the cowl from Christian Bale in what most fans believe is a "too soon" franchise replacement after The Dark Knight series. So when Stephen Sondheim proudly announced that the Disney adaptation of Into the Woods would be a very censored version of the original musical, he may as well have been firing the shot heard round the world that would launch an epic fan war. In fact, the controversy got so bad that Sondheim had to issue a second Into the Woods statement to assuage angry fans.

In this statement released by his lawyer to Playbill, Sondheim claims that The New Yorker misreported his conversation about censorship and that the misreporting caused quite a bit of false impressions about the movie. He assures everyone that, "having now seen [a full rough cut of the movie] a couple of times, I can happily report that it is not only a faithful adaptation of the show, [but also] a first rate movie."

Even more importantly, as far as fans are concerned, is the fact that "Any Moment" and the Prince's affair with the Baker's Wife will be appearing in the film after all. It's a good thing that Sondheim felt the need to speak up and smooth over the controversy because he can't blame fans of the original Broadway musical for getting upset. Family-unfriendly though many of the elements of the musical may be, they're part of the Into the Woods magic.

In addition, it would be more than a little hypocritical for Disney to start censoring out family-unfriendly things now when you consider some of their other less-than-G-rated adaptations.

Maleficent is a dark fantasy adaptation of Sleeping Beauty — as adapted by Disney for their animated canon — and the emphasis was really on the world dark. Hell, Maleficent had a rape metaphor scene buried in there that most of us understood before Angelina Jolie even pointed it out.

Pirates of the Caribbean was not just one of Johnny Depp's best movies; it was also an adaptation of a theme park ride. From the pirates leering at the idea of Elizabeth being forced to eat dinner with them naked to the high body count, exactly what part of that movie was for kids?

Oz the Great and Powerful

Oz the Great and Powerful was a prequel to The Wizard of Oz, which has been everything from a book series to a musical at this point. The Wizard, or Oscar as he was known back then, opens the movie hitting on someone else's wife and later encounters a China (Doll) Girl with shattered legs. Shudder.

The Hunchback of Notre Dame

The Hunchback of Notre Dame may have been entirely marketed toward kids, but it was not a kid-friendly adaptation. Frollo remains one of the most terrifying Disney villains of all time, having set most of Paris on fire just because one girl wouldn't sleep with him. And he's a member of the clergy. All in all, Disney's concern about staying family-friendly shouldn't with Into the Woods.