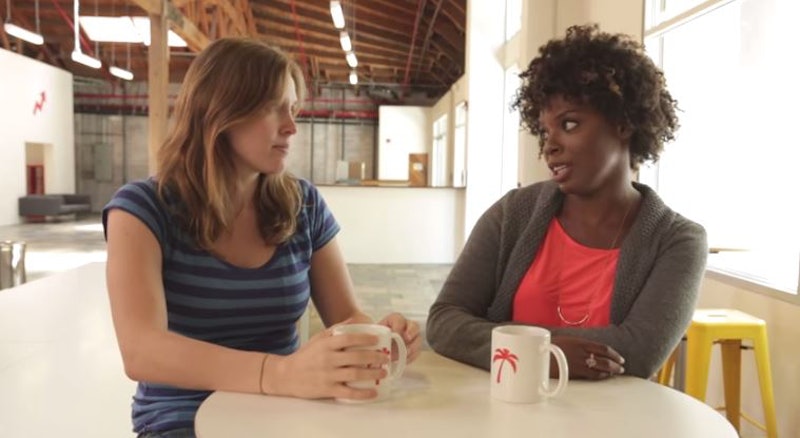 Stereotypes: They’re everywhere. In fact, they’re so everywhere that a lot of the time, we don’t even know that we’ve already fallen right into their little racist traps. Happily, though, BuzzFeed is on it with their latest video. Titled “If Black People Said the Stuff White People Say,” it…well, you do the math. It’s not for the easily offended, but it is all kinds of brilliant.

Everything is fair game here, from physical things like hair type and penis size (there’s nothing like a good dick joke) to how people react to movies like 12 Years a Slave or the fact that someone does or doesn’t listen to certain types of music. It even takes on the particularly sensitive area surrounding colloquialisms and why it’s not OK to use certain terms — even if you’re totally not racist and OMG you have so many friends who are in your non-white, non-cis group of choice.

Good comedy has this remarkable way of being able to address hot button issues such that it both sparks conversation and draws attention to double standards that may otherwise get brushed under the rug. That’s what makes this video so successful. Would you really act so amazed if your white friend didn’t listen to Taylor Swift or Macklemore? No? Then don’t act so amazed when someone else doesn’t listen to whatever some weird and random stereotype says they should. Would you want someone touching your hair without asking you because it just looks so different from their own? No? Then don’t do it to anyone else, either. Really, these are all just general rules for good and courteous behavior by which everyone should abide.

Gary Oldman, I love you, but I think you need to watch this.