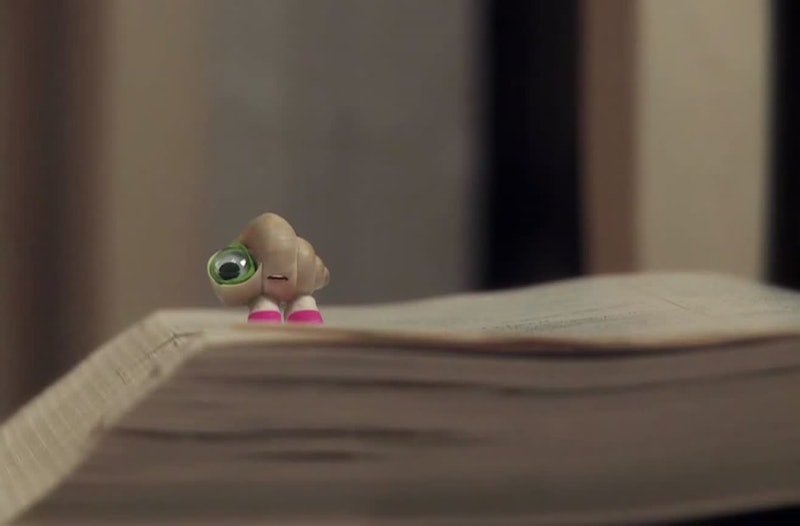 This is quite possibly the best news ever. There is going to be a Marcel The Shell With Shoes On movie. Jenny Slate's famous teeny-voiced shell will finally be the star of his own feature length film, proving once and for all that size does not matter. One more critical detail? There will be songs. Yes, you read that correctly — songs. Marcel will sing. Here's hoping he gets a Grammy nomination — surely songs like Marcel's "My Mother Got Lost in A Rug" have the heart and soul that today's music lacks.

Slate, who you probably know as Donna Stern from the funny and heartwarming movie Obvious Child (if you haven't seen it...GO), is the voice and creator of Marcel, an anthropomorphized shell who has become an Internet sensation since he arrived on the web in 2010. Since the shorts were so successful, Slate and her co-creator and director (and husband) wrote a book detailing Marcel's life story. Bottom line: everybody loves Marcel.

There's no word yet when this film will hit theaters, but when it does, it'll be pretty darn great and adorable.

But wait — if you've never seen one of these videos, stop everything you're doing and watch the original short below. Prepare yourself to fall in shell-love. If you've seen it before, watch it again in celebration of Marcel The Shell's recently acquired movie stardom. Perhaps he'll get some shiny, tiny shoes for his first feature!