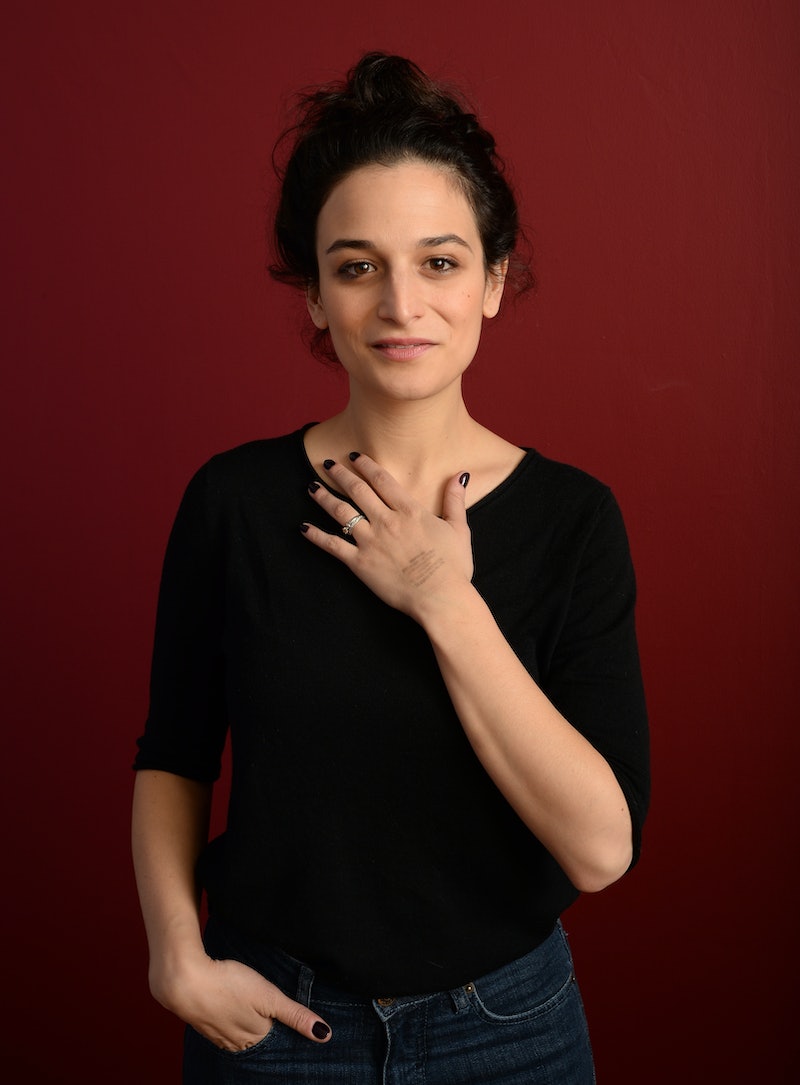 Some may have cynically thought that Jenny Slate's jump from Saturday Night Live would ruin her career, but I'm certain it only helped it. Because after the comedian left the NBC late night sketch show, she decided to do things her way. And that has given us not only delightful things like Marcel the Shell with Shoes On, but also her latest feature film, the delightfully dark and frank-looking Obvious Child . My friends, I think the modern romantic comedy we've been so desperately waiting for, has arrived. (Cue the angel choir.)

Listen. I L-O-V-E a good romcom. I've long worshipped at the altar of Nora Ephron. But with very few exceptions the genre has become the redheaded stepchild of modern cinema: antiquated and eye-rolly at best, trope-laden wildebeests of stereotypes at their worst. What was always missing was honesty and a bit of smart, tough-cookie feminism — something that smudges the patina on the picture-perfectness Hollywood seems so hell-bent on forcing upon "chick flicks" (which, uuuuuuugh and also can we STOP calling them that?).

And not that "oh no, I can't have it all!" sort of unbalanced and unfair bullshit-posed-as-honesty that only drives women crazy and continues to pile the unfair expectations and misguided societal expectations on all of us. The gross stuff, the weird stuff, the stuff that, y'know, actually happens to everyday people? That's been missing for awhile, which is stupid because love, for all its beauty and fairy tale feel, is rife with the ugly, unfortunate, run-of-the-mill comedy that humor loves to burrow into and discuss.

Obvious Child is all about Donna Stern's (Slate) abortion and how she deals with it — especially when your life's not exactly perfect or anywhere near ready for a baby. Now, I don't know about the rest of you, but that sounds a hell of a lot more relatable than some of the more recent romcom mush piles like The Big Wedding, American Reunion, Playing for Keeps, What to Expect When You're Expecting (I could go on and on and on). These are not modern, heartfelt stories that bring you to cheery, chuckle-lined tears. These are no Nora Ephron pallbearers. They're dreck, plain and simple.

Thankfully, Slate's Obvious Child looks to be the sort of Nora Ephron successor the genre so desperately deserves. As it states in its trailer, "Creative energy sometimes comes from the lowest point in your life," and so, too, are the moments worth dissecting, in turn making romantic comedies actually good again.