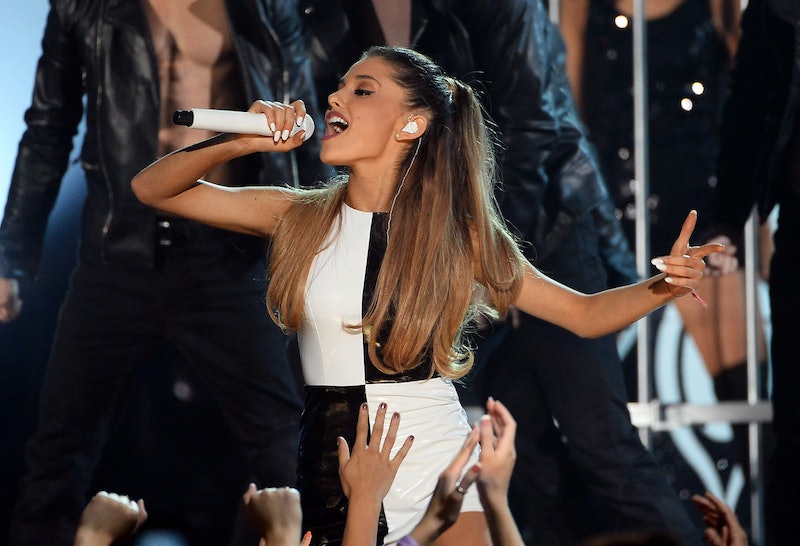 It seems like television show reboots and revivals are about to become as ubiquitous as Frozen in 2014, if they're not already. However, this revival is something that absolutely no one is going to complain about. MTV has announced that Ariana Grande will be hosting Total Request Live when they bring it back for a one day special airing. TRL, for those who don't remember a time when MTV was actually putting the music in Music Television, was a popular television series than ran from 1998 - 2008. It would show the most popular music videos of the day as well as daily guests eager to use it as a platform to promote their newest song, movie, or album to TRL's core teen demographic. It's also what made Carson Daly a thing.

Whether you love it or blame it for that, very few people can deny that Total Request Live was pretty much the best thing on MTV for the longest time. It was one of those shows that would draw large crowds of teenagers down to the TRL set just to stand outside the window and scream at all the stars. Bringing it back is a supreme victory for MTV and having Ariana Grande host it basically guarantees that the latest generation of teens are going to make sure to tune in. However, only bringing it back for one day is doing Grande and the show itself a disservice.

Sure, everyone can just watch their music videos online now, which more or less destroys the need for there to be an entire television show devoted to counting them down and playing them. However, TRL was never just about the music videos. In fact, bringing the show back would be worth it just based on these past moments in TRL history alone.

At the end of the day, Total Request Live was MTV's answer to a daytime talk show and there's still a viewership for that kind of thing. Honestly, I wouldn't mind voting for, and then watching, the day's top ten music videos in between funny sketches and celebrity interviews. Ariana Grande could even be the first of what would clearly be many celebrity guest hosts that would help whenever the ratings got too low.

At this point, I'd give anything just to see TRL back on the air again. Jersey Shore and Teen Mom, Awkward and Faking It — those shows may appeal to certain demographics, but they're also evidence of how far from their roots MTV has come. One day isn't enough for those of us who miss Total Request Live, MTV. You can't just give it and then take it away again. (Well, clearly you can, but don't expect us to be happy about it.)