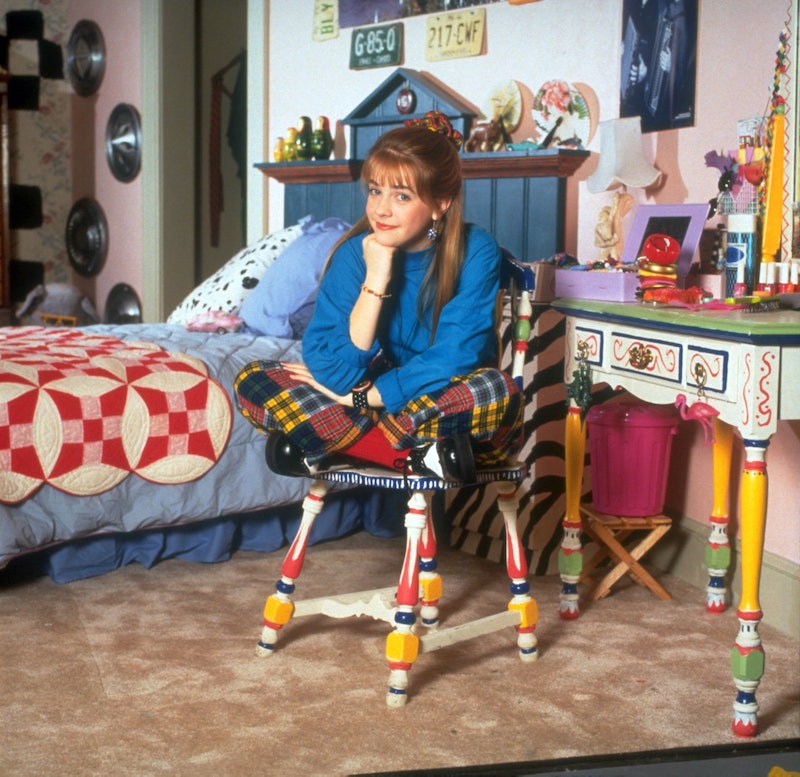 2014 appears to be the year that our childhoods come full circle. From LeVar Burton's Kickstarter project to bring back Reading Rainbow to Girl Meets World appearing as a sequel to Boy Meets World to the upcoming reboot of The Magic School Bus, it appears that Hollywood is looking to the '90s for inspiration. As a child of the '90s, the last thing I'm going to do is complain. Although there's nothing that can truly the capture the magic of '90s shows back when we were seeing them for the very first time, the one good thing about reboots is that it makes us all feel a little less old. It's just like how Nick at Nite's reruns of I Love Lucy allowed you and your grandmother to have the same favorite show.

Most of us might be far from being grandmothers just yet, but at least now a teenager isn't going to blink at you in confusion when you reference Jem thanks to the upcoming movie reboot. In fact, with the reunion of O-Town and TLC, all generations are even going to end up listening to the same bands. 2014 is essentially the golden year for nostalgia and, honestly, I'd love to see more of it. The bits and pieces of '90s media that we've gotten are great, but there were so many shows for children and teenagers that could be worth giving another try.

Long before The Maya Rudolph Show ever aired, though not before Saturday Night Live, we got our variety show fix from All That. It was a sketch comedy/variety show featuring real live teenagers and it launched the careers of people like Amanda Bynes and Kenan Thompson. Disney already had an All That-esque show in So Random!, which aired from 2011 - 2012, but All That was a creature all its own.

Clarissa Explains it All might have seemed like a simplistic show since it was just about a teenage girl breaking the fourth wall to tell us all about her life, but it was also a cultural staple. Melissa Joan Hart taught us how to dress and how to sneak a boy into our bedrooms, even if he was just a friend. What lessons would Clarissa have to impart in 2014? I for one would love to know.

Buffy the Vampire Slayer gets referenced so often that it's shocking they haven't thought to reboot it yet. Then again, maybe that's why there hasn't been a reboot yet. Either way, I wouldn't mind seeing a spin-off about any of the Slayers that Buffy activated near the end of the series. Can we at least get a better movie than the one that spawned the series?

Okay, so we've already covered why Friends wouldn't work in real life, but what would be a better challenge than to take the premise of twentysomething friends living together in New York and modernize it with all of the current problems real twentysomethings would have with it? Maybe a reboot would spawn another character-based hairstyle. Or give us a new Ross-and-Rachel.

American Horror Story is as close as we come to this old horror anthology, but it doesn't have quite the same charm that Are You Afraid of the Dark's cheesy campfire tales did. Even Goosebumps has made it back on television, so why not Are You Afraid of the Dark? Are people still really, really terrified of that chameleon story or is that just me?

It's been ten years since the last episode of Hey Arnold aired and we still have no idea what Arnold's last name was. There was supposed to be a movie that would reunite him with his parents and finally reveal it (not to mention a spin-off series called The Patakis and starring Helga), but neither of these happened. Can we get them? Finally? Please?

Aside from Reading Rainbow, Wishbone taught me everything I know about books. I got to watch an adorable dog dress up as characters from famous novels and play out their stories on screen. Why would anyone ever take that show off the air? Someone needs to make a Kickstarter project to bring Wishbone back, like, now.

Why should Doug be back on television? Well, considering that Patti Mayonnaise is now on Orange is the New Black it would be hilarious for there to be a spoof film of how she managed to fall so far in 18 years. Or maybe a live action Doug film, since Doug's 1st Movie didn't do very well.