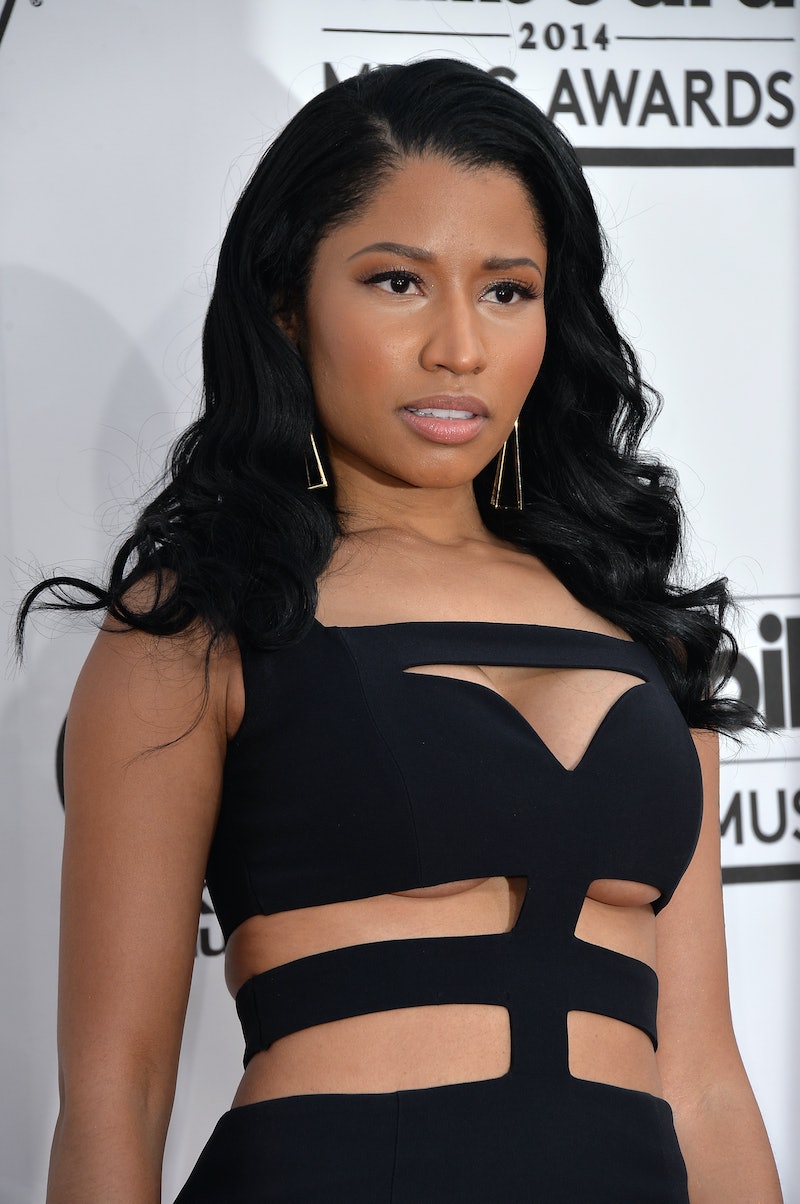 Nicki Minaj’s debut album Pink Friday was a veritable Farmer’s almanac of useful epigrams. In this writer’s opinion, that album was a game changer. Not to mention, I will always have "Superbass" stuck in a remote portion of my brain. Still, I need more from my girl Nicki. For instance, when will Nicki Minaj’s new album come out? I know she's been busy updating her look, but I need more info! Minaj released the second single “Pills N Potions” from her forthcoming LP around a month ago, indicating that we can officially get excited for the whole collection to drop soon. However, Minaj is being cagey on the exact release date for her newest album. So what can we glean from a little creative sleuthing and mental math? She’s still hard at work on her next album, but it looks like there’s a light at the end of the tunnel.

Minaj has confirmed in various interviews that her next LP will be entitled The Pink Print. It’s been 2 years since she released Pink Friday: Roman Reloaded — The Re-Up, and this next album has been gathering steam for months. Back in February, the music video for the album's first single "Lookin Ass" was released on Vevo. Following that, the video for the album’s second single "Pills N Potions" dropped on June 9th. From recent interviews, we know that she’s still in the studio hard at work on additional tracks, but she’s whetting our appetites for a release some time this year. Via Instagram, Minaj has released various videos teasing clips of songs in the works.

Previously, her pattern with releasing videos has been concurrent with her album’s release or around a month prior. All the videos for Pink Friday's songs were released around the same time or after the album’s drop date in November 2010. The rapper released “Stupid Hoe,” her first video from Pink Friday: Roman Reloaded about four months before the album’s April 2012 release. Then, with Pink Friday Roman Reloaded — The Re-up, she released the premiere video “The Boys” about a month before the release date. If she were to follow this general pattern, the album would likely come out in about a month or two.

Minaj is building her next album up to be a serious creative coup, even more so than her previous work. If you detect an allusion in The Pink Print to a certain Jay-Z album, the Blueprint, then you’re right on the money. In a recent interview with BBC Radio, the “Starships” singer discussed how she believes The Pink Print will provide a new benchmark of excellence for female rappers to reach. Minaj referenced that this title signifies just how proud she is of her work:

Of course I named it The Pink Print and of course Jay has had his Blueprint albums, and that’s what I feel like this album is gonna be. I really feel like this album will be a blueprint for female rappers to come, so that alone should tell you how confident I am about the music.

Can’t say that I’ve ever heard anyone accuse Nicki Minaj of not being confident, but I'm really counting on this one being good. Nicki, I have no doubt that you’re the reigning Grand Duchess of punchlines and flow, but I detected a bit of slacking on Roman Reloaded. Please deliver the Tinder bio-worthy lines you gave me in Pink Friday and The Re-Up. I think “Sometimes it’s just me and all my bottles all alone” is getting a little stale for my page.

More like this
The Jonas Brothers' New Album Has A Very Meta Name
By Alyssa Lapid
The History Of Taylor Swift's "All Too Well" & What The Lyrics Actually Mean
By Jake Viswanath
The 12 Most Controversial & Unexpected Grammy Moments Ever
By Jake Viswanath
Jay-Z Is Performing At The Grammys, Meaning Beyoncé Might Actually Show Up
By Jake Viswanath
Get Even More From Bustle — Sign Up For The Newsletter
From hair trends to relationship advice, our daily newsletter has everything you need to sound like a person who’s on TikTok, even if you aren’t.