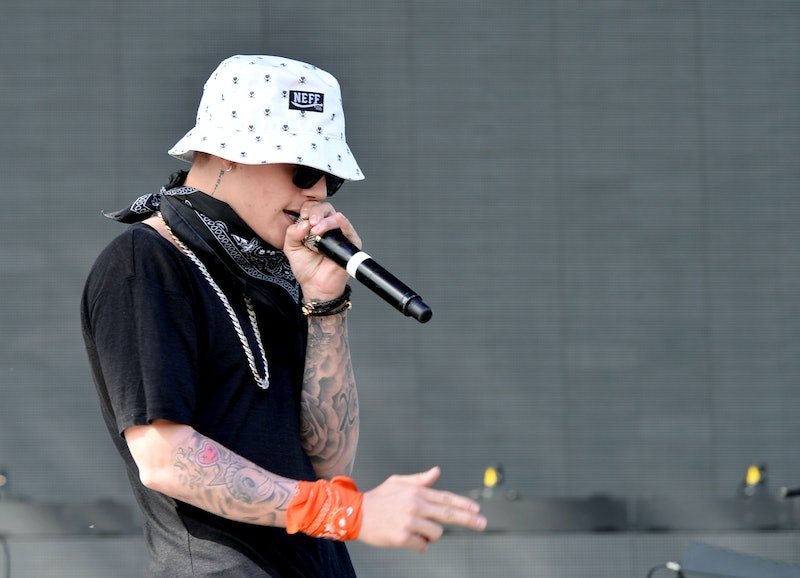 In what must surely be awkward timing considering the fact that Justin Bieber just got in a car accident while trying to escape the paparazzi on Tuesday, the Biebs is in legal trouble once again. This time, Bieber is being sued over a 2013 car accident in which his car struck a pedestrian on his way out of the Laugh Factory in West Hollywood. The pedestrian in question was a photographer named Walter Damon Lee who, at the time, was among a crowd of people trying to take pictures of Bieber.

At the time of the incident, Bieber was cleared of any wrongdoing by the Los Angeles Police Department, who ruled that Lee was at fault for being in the way even as Bieber motioned for the crowd to move. However, Lee's lawsuit alleges that he has suffered "wage loss, loss of property, hospital and medical expenses, general damage, property damage, and loss of earning capacity". He is seeking damages of up to $25,000.

Lee's civil lawsuit makes the third vehicle related suit that is being taken against Justin Bieber. The first is his infamous DUI charge from January 2014 and the second is a possible assault on a limo driver in Toronto from December 2013. Apparently, when you combine someone as volatile as Justin Bieber with something as unpredictable as a car, bad things happen. In this particular case, however, Bieber isn't entirely to blame.

Yes, he was driving the car, but, as Bieber himself stated at the time, he honestly didn't know that he had hit anyone. He even motioned for the crowd to clear out of the way and presumably thought that everyone had complied before he moved the vehicle. The exact details of how Walter Damon Lee ended up pinned between Bieber's Ferrari and another vehicle are unclear, but there's a reason why Lee's suit can only be a civil one rather than a criminal one.

On the other hand, the injuries that Lee received from the accident have resulted in unending medical expenses and treatments and, considering he's unable to return to his job as a photographer for an "indefinite period in the future", Lee is right to have a civil grievance against Bieber. In comparison to some other celebrity lawsuits on much more ridiculous grounds, Lee really isn't asking for much at all. Hopefully, he and Bieber can settle out of court or something and both parties can return home happy.

More like this
Hailey Bieber Went Pantsless In A Hoodie By Justin's Brand Drew House
By Dominique Norman
Britney Spears Shares & Deletes Photos Of Justin Timberlake From 22 Years Ago
By Jake Viswanath
Hailey Bieber Looks Just Like Princess Diana & I Need To Copy Her ASAP
By Sophie McEvoy
Who Is "Daddy" Pedro Pascal Dating? People Are Thirsting Over The 'Last Of Us' Star
By Alyssa Lapid
Get Even More From Bustle — Sign Up For The Newsletter
From hair trends to relationship advice, our daily newsletter has everything you need to sound like a person who’s on TikTok, even if you aren’t.