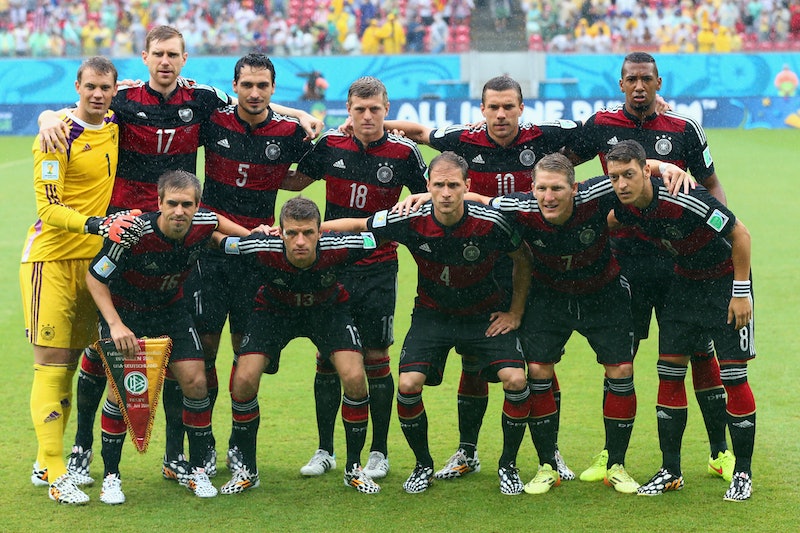 In one of the most anticipated match-ups of the 2014 World Cup so far, the USA soccer team is facing off with Germany Thursday afternoon in what could be the last game for the USA. So, of course, emotions are running high. But in a surprising turn of events, U.S. soccer fans are taking to Twitter to not only root for their home team, but to also spew some offensive Twitter slurs at German soccer fans. Evidently, all Germans are Nazis to some people.

That's right — there are U.S. soccer fans out there crafting tweets comparing the German players to Nazis, Hitler and even the Holocaust. Because, America! (Also, if you're an American rooting for Germany, then you are comparable to a Nazi. If you wondered.)

Fortunately, there are some good people on Twitter reminding everyone that the coach of Team USA's soccer team is German. Not to mention, several German nationals are also playing for the USA in this year's World Cup tournament. Not to mention, common sense and decency. Unfortunately, those sensible tweets are being drowned out by the zealous German-haters.

Here are some of the most offensive/crazy/are you kidding me? tweets trending during Thursday's match. Read them at your own risk.