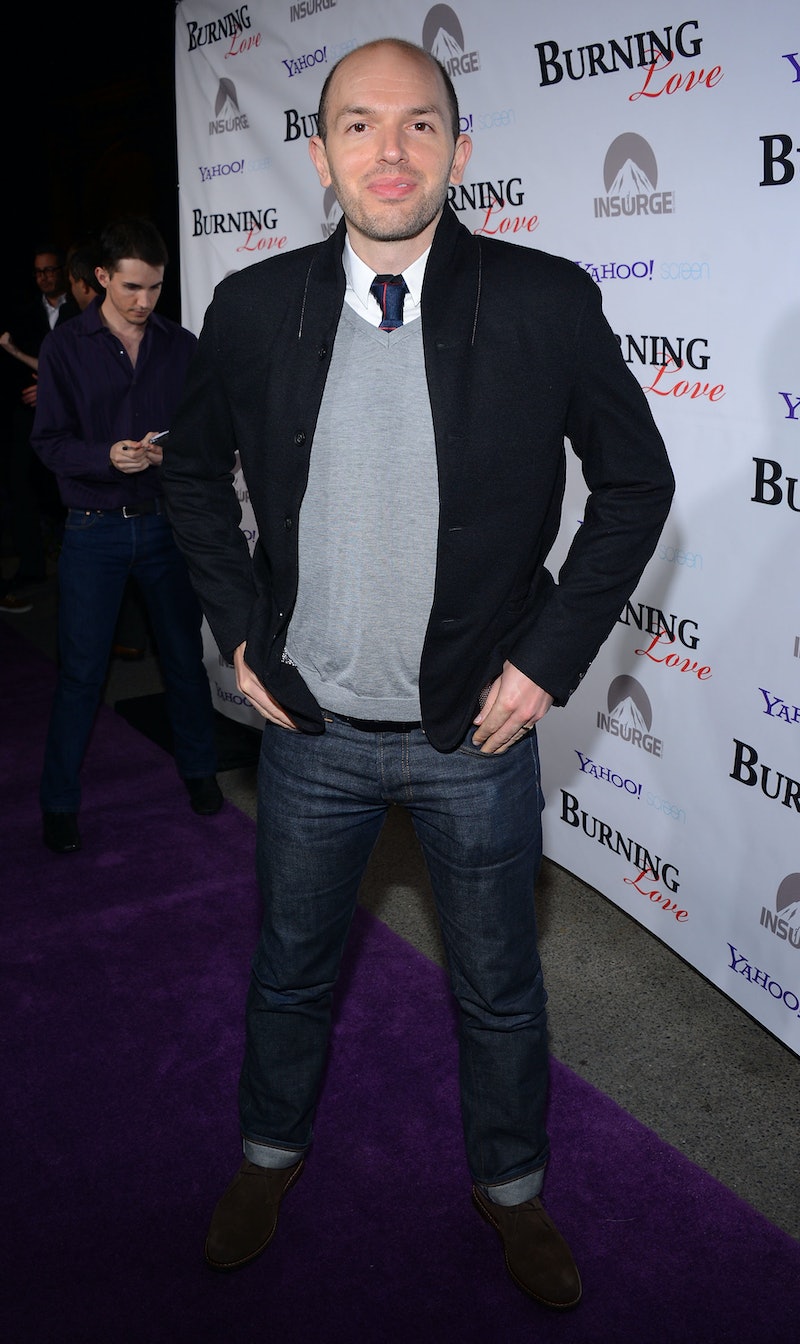 Even if you don't recognize the name, you're probably a fan of Paul Scheer. He stars in and executive produces Adult Swim's mock-procedural NTSF:SD:SUV, plays lovable punching bag Andre on FX's The League, created and hosts web series The Arscheerio Paul Show, hosts the hilarious podcast How Did This Get Made?, and always pops up in various comedies.

And, apparently, online. The comedian just wrapped up a Reddit AMA, where he answered a few fan questions, revealed some new projects, and proved he's just as funny in real life. Sad that you missed it? Never fear! That's why we are here — read on to see the highlights from the chat, and immediately regret that you never tuned into his very funny, but little-watched, Human Giant. Here are the highlights from the chat!.

Secrets of The League

Spoiler alert: The winner of The League's titular fantasy football league last season was Ted, someone the audience has never met because he participates remotely. A fan tried their best, but Scheer is keeping quiet on who will play the mysterious winner.

MrX16: Can you give us just a teeny hint as to who is playing Ted in Season Five of the League? Can you name drop any upcoming guest stars?

paulscheer: I can tell you but then I'd have to assassinate you. Is that cool?

paulscheer: Okay...Meet me by your local Outback steak house and I'll tell you everything

On the Best Andre Put-Downs

Scheer's character, Dr. Andre, on The League is mercilessly teased by his friends for everything he does. Luckily, Scheer can still pick a favorite insult.

mindthepoppins: Paul – Thanks for doing this. Some of my favorite jokes on The League lead from the constant verbal abuse that Andre takes from just about everyone on the show. Just wondering whether you had a favorite “Andre Burn?”

paulscheer: Ha! I think my favorite is a Rapist who does Magic

The Tough How Did This Get Made Decisions

How Did This Get Made is Scheer's podcast in which he, Jason Mantzoukas, June Diane Raphael, and a guest talk about awful movies. And, according to Scheer, the trio have real concerns when choosing their movies.

Frajer: Are there any movies you refuse to do for How Did This Get Made and if so which movies and why?

paulscheer: Probably movies with our friends in them or that people we work for made and mostly comedies.

One clever Reddit user asked Scheer a question that only fans of his podcast and co-host Jason Mantzoukas (also of The League) understand.

What would happen if Jason Mantzoukas was presented with a thing that was only figuratively bonkers? I feel like this could cause considerable problems.

paulscheer: Yeah, I think his head would LITERALLY explode

quannumkid: What if something was figuratively bonkers of this level and not the next?

paulscheer: Don't ask Questions you don't want the answers too

For a late-night parody on Cartoon Network, NTSF:SD:SUV has gotten some impressive guest stars, like Jeff Goldblum, Ray Liotta, Ed Helms, and more. Scheer shared how they do it.

diamondzo: Are you and your friends surprised at all of the main stream/oscar and academy type folks that want to be a part of your shows? or do you just drug and force them to be guest stars?

The entire time we've been doing NTSF:SD:SUV:: (which just started season 3 last week) - We've only had 2 people say No, everyone else has been really into it.

I think for the most part everyone is up for doing comedy. And we shoot so quickly that it's fun and not a pain. Our biggest problem is getting schedules to line up

On The Arscheerio Paul Show

Scheer's latest project is a webseries where he re-enacts classic episodes of The Arsenio Hall Show with celebrity guest stars. Here's how that happened, and how he picks fellow actors.

paulscheer: I'm a HUGE Arsenio fan and I went back and watched the interviews and became obsessed and I wanted to show them to more people. So we recreated them. The best thing about the 7 new ones is that you can watch the improvised and actual real versions.

I picked the celebs really by just thinking which friend would be the funniest in each part.

I personally applaud this Reddit user. If this whole thing actually happens, he or she will be responsible for what could be one of the funniest podcasts of all time.

_btnpshr: Have you ever considered doing a "Bizarro" episode of HDTGM where funny people you know take over the roles of you, Jason, and June, and they cover one of your movies, like Pirahna 3D?

More like this
What’s New On Netflix: A Victoria Justice Rom-Com & The Return Of David Letterman
By Arya Roshanian
What’s New On Netflix: The Return Of 'Bling Empire' & A Rebel Wilson Comedy
By Arya Roshanian
Kanye Walked Out Of Kim's 'SNL' Monologue Because Of These 2 Words
By Jake Viswanath
Twitter Is In Utter Meltdown After 'Derry Girls’ “Poignant” Finale
By Sam Ramsden
Get Even More From Bustle — Sign Up For The Newsletter