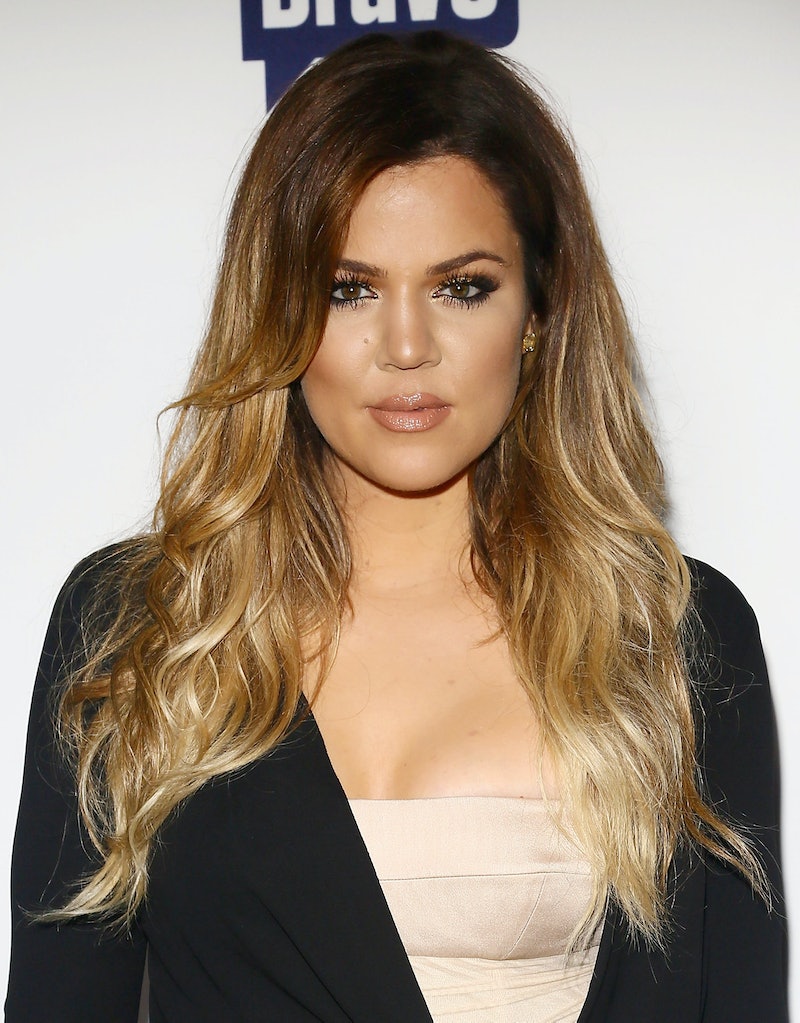 It's Ko-Ko's birthday! Friday, the reality family's sassiest member turns the big 30 and the whole family celebrated Khloe Kardashian's birthday Thursday night with a huge party. Khloe's confirmed boyfriend French Montana showed up, too, so maybe the family doesn't hate him after all? Khloe's party looked like it was a pretty big blowout, but after North West's Kidchella bash, we can't help but compare the two shindigs. Khloe might be sad to know that, spoiler alert! she loses in the coolest, most extravagant party contest. A one-year-old kicked her ass.

Unfortunately, I was at neither party. (I moved, so my invite must have been sent to my old address.) But thankfully, the Kardashian/Jenner/West family looovess to Instagram brag. They posted enough photos of each birthday celebration for me to get a handle on whose was better. And yes, you guessed it, North West had the best bash. Are we really surprised? I mean, her parents are Kim Kardashian and Kanye West. They don't know how to do it small. North probs won't remember the glory of her first b-day party, but at least she'll have those Instagram memories.

Khloe, on the other hand, will probably remember her party, and it's a slightly more disappointing celebration to recall.

Let's compare the pics posted from Kidchella to those from Khloe's affair last night to breakdown why North's party was better.

Yeah, Khloe has a fireball on top of her cake, but it's boring and white. Meanwhile, North's cake is rainbow-colored and the same size as her.

WHAT THEIR ATTENDEES DID

What we can gather from Khloe's party is that people took selfies. At North's birthday bash, her attendees performed.

That's right, Kendall and Kylie got up on stage to sing for the little one.

As far as I can tell, there are none at Khloe's party. North's event had a freaking ferris wheel.

This group selfie from Khloe's shindig shows a chef in the background. A personal chef is pretty cool. However, this aerial view of North's party shows not one, but three food vendors probably serving, like, gourmet popcorn and shit.

And let's be real, it was probably all still made by a personal chef. North wins again.

If you don't Instagram them, they don't exist. Khloe didn't appear to have any in the photos she and her family posted. Therefore, the point goes to North for these custom baby Yeezus t-shirts.

Sorry Khloe, "birthday" doesn't count as a theme. Until your party gets as creative as "Kidchella," you're out of luck.

It's pretty easy to see that North's first birthday blew Khloe's 30th out of the water. The only hope of redemption the Kardashian has is to have another party. That's actually a plausible course of action, as sister Kim Kardashian West mysteriously captioned one photo, "Let the birthday celebrations begin @khloekardashian !!!!!!!!"

So maybe that party was to kick off other parties to come? Thirty is a pretty big year, after all. Khloe should at least try to give North a run for her money.

We're rooting for you Khloe, and happy birthday!