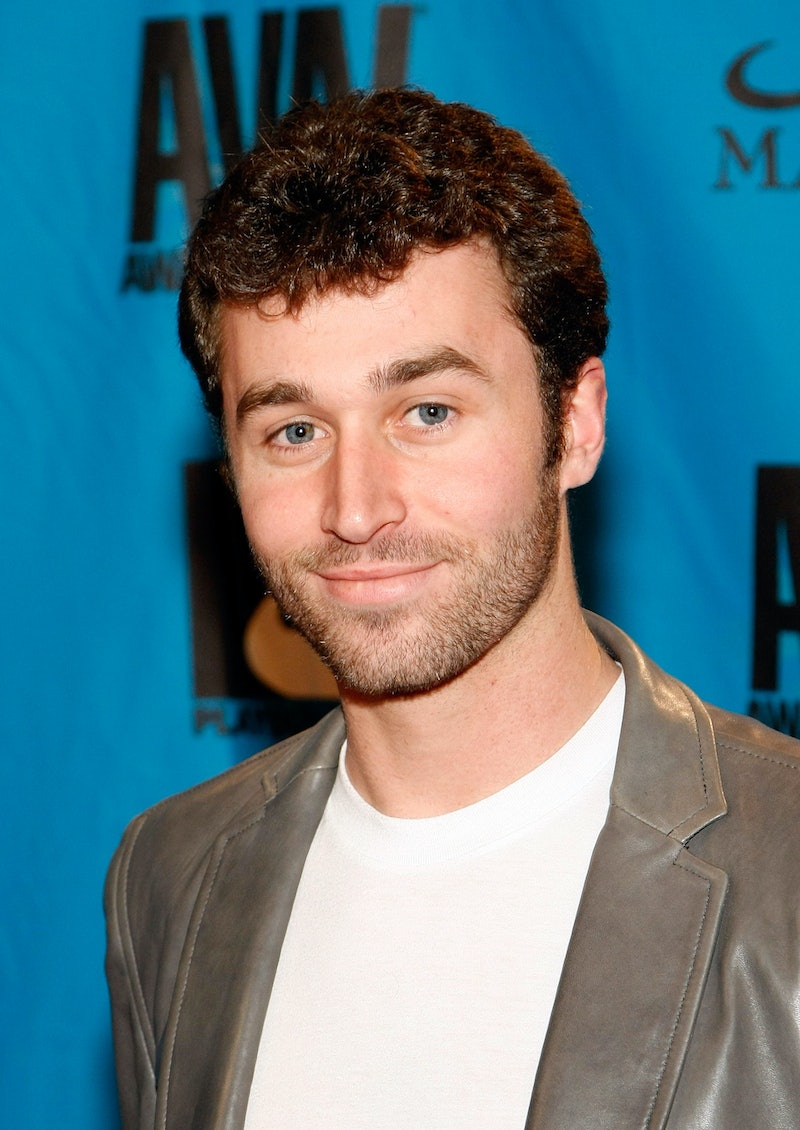 In case you've missed the insane press coverage of the Lindsay Lohan comeback film The Canyons, the GQ profile, the Vulture interview and the New York Times mentions, let it be said that James Deen is big right now. Yes, I did stoop to that level and, yes, if you've seen his dick you know why. But reading his interview with Vulture, something very unusual began to happen. I begrudgingly fell a bit in love with the biggest male porn star of this decade, James Deen. He looks Jewish, he talks like a guy you might meet at a bar, and he has a truly beautiful penis. Could it get any better?

Because I truly think it is a small step. When you get down to it, pretending to be someone else for a living is no less strange than having sex on camera. Additionally, respected actors often get naked and do weird shit to each other, for work, and we all applaud their grittiness and skill. If you need evidence, look no further than every project Lars Von Trier has ever done, complete with all-star casts and startling cameos. But nonetheless, we find actors dreamy and porn stars cringe-y, even when the latter challenge our conceptions of who they are and what they do.

Put plainly, the idea that someone you find interesting/attractive sticks his dick in all day every day is a bit off-putting. As women/human beings, we don't like our partners to stray into other vaginas in general, so the speculation as to "what kind of man" wants to do that professionally is pretty fraught with opinions and a hell of a lot of prejudice. However, then enter the man, the enigma, the endowed James Deen. He likes his job, but it genuinely seems to be because he knows what he's good at, and what he's good at is sex. Which is confusing to those of us who can't imagine such a blase attitude towards the world's most ancient and treasured pastime.

And yet... he's sexy. There's something quietly assured about the way he conducts himself, both on and off screen, and his almost frightening work ethic is also a turn-on for those of us who find ambition to be the strongest aphrodisiac of all. The fact that he managed to make the mythical and nigh-impossible leap from porn into movies speaks for itself: James Deen is a force to be reckoned with. It just doesn't make that weirdness go away — for some reason the fact that Deen is not a guy you could take home to meet Dad is enough to cause a moment's hesitation when offering up the names of guys you find attractive.

So, despite my inability to change my mind right now, I think we should all try really hard. Because by all accounts, Deen is a talented guy, a catch even, if his area of expertise is perhaps more risque than most people's. He's got a new film out, with the much-discussed Lohan, written by the respected Bret Easton Ellis. So even if he puts that magnificent dick in pretty much everyone in the adult entertainment business, it shouldn't make him less alluring. You know what? It doesn't make him less alluring. So there. One step at towards progress, guys. One step at a time.

More like this
Why The '365 Days' Sex Scenes Are Good, Even If The Movies Aren’t
By Arya Roshanian
Laura Dern Said “Cultural Awareness” Made Her Rethink This 'Jurassic Park' Fact
By Grace Wehniainen
Colin Firth Revealed His Favourite Mr. Darcy (& No, It's Not Himself)
By Sophie McEvoy
Watch The Dramatic First Trailer For Netflix's Jennifer Lopez Documentary
By Alyssa Lapid
Get Even More From Bustle — Sign Up For The Newsletter