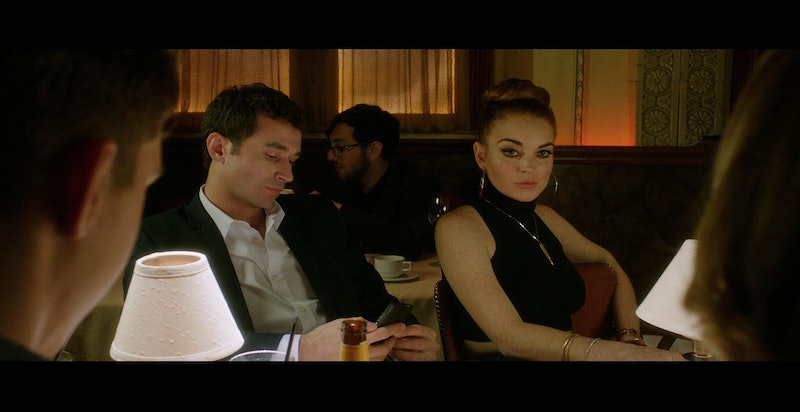 Despite many critics' best efforts, the majority of the us are still excited to see Lindsay Lohan's potential comeback in Paul Schrader's The Canyons. She might have bombed in Lifetime's Liz & Dick, but Lohan has been on our radar since The Parent Trap, so we're still rooting for her. Even if, you know, multiple accidents and DUI arrests make the rest of Hollywood, and human beings, doubt her future.

But criticism be damned! Following the publication of photos of the actress looking quite healthy leaving her three-month rehab stint, and the news that she'll guest host an episode of Chelsea Lately on Aug. 5, we're ready to be Team Lindsay once again. But we know what you're thinking. You're not quite drinking the comeback Kool-Aid. That's okay — drink a beer instead! After all, as most of you well know, it's significantly easier to root for people when you've got a little liquid courage in you.

3) Every time Lindsay pouts, take a sip (it's too often for a shot. We're looking out for your health here).

4) Every time you're forcibly reminded this is a Bret Easton Ellis script, take a shot.

5) Every time the camera does a body pan, take a sip.

7) During the four-way sex scene in which you will inevitably stare at Lohan's vagina, take a shot for every person having sex on screen. Feel free to take a shot for your lost innocence as well.

8) When the credits roll, take a shot and go lie down in the bathroom and cry, either because you're relieved that Lohan is back, or because The Canyons just ruined your life.

More like this
Daryl McCormack On His Unusual First Audition With Emma Thompson
By Olivia-Anne Cleary
What Does The Presley Family Think Of 'Elvis'?
By Arya Roshanian
Chris Hemsworth Joked That Baring His Butt In ‘Thor: Love And Thunder’ Was A “Dream”
By Brad Witter
Photos Of The 'Elvis' Cast vs. Their IRL Counterparts Will Have You All Shook Up
By Grace Wehniainen
Get Even More From Bustle — Sign Up For The Newsletter