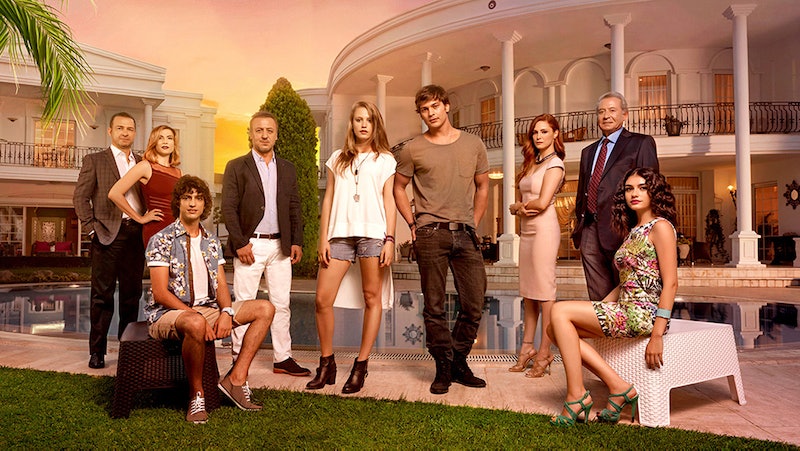 When it comes to the foreign adaptations of beloved American TV shows, it's easy to focus on the differences: the university setting in China's version of Gossip Girl, the England-based rules in Law and Order: UK, the lack of any references to pork or Moe's Tavern in Al-Shamshoon, the Arab edition of The Simpsons. Yet only seeing the changes makes it easy to overlook the similarities between the original and foreign editions of many of those shows, and, as it turns out, there are a whole lot — including, most notably, the casting of the series' main characters.

From Colombia's Breaking Bad to Turkey's The O.C., many of the international adaptations of U.S. shows somehow manage to find actors who look ridiculously like their American counterparts, down to the color of their outfits and the ways they part their hair. The language and settings of the series may differ, but when it comes to casting, U.S. shows and their foreign adaptations couldn't be more alike. Let's take a look at some of the most eerily similar cast member choices from the original and remade versions of a few of our favorite shows:

And a few more we love:

And the entire cast of How I Met Your Mother, Russia: