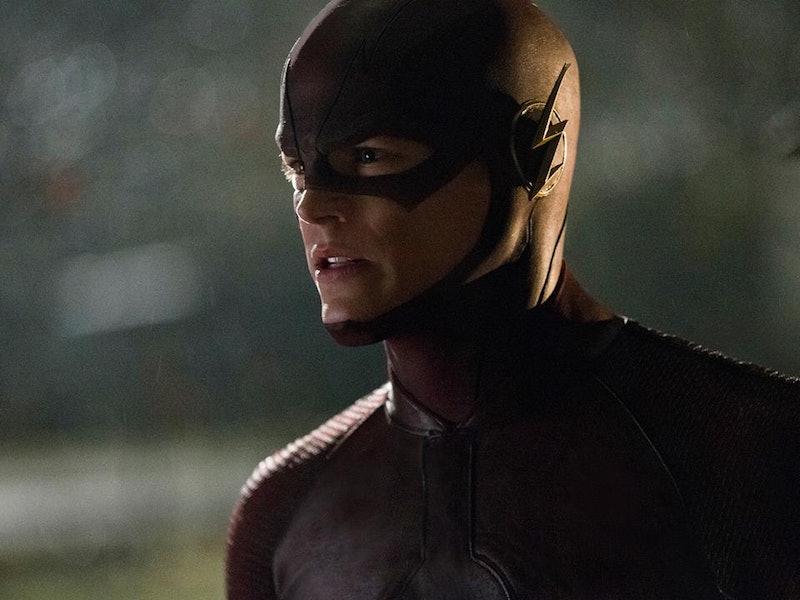 Is it possible to miss something you haven’t even seen yet? Because that’s exactly how we feel about the highly anticipated superhero spin-off, The Flash , starring the always-adorable Grant Gustin. The show hasn’t even launched its series premiere yet and already we find ourselves secretly wishing we, like Barry Allen himself, could speed right through summer and head straight into fall premieres. But alas, it's not meant to be. The CW released its fall TV premiere schedule, confirming that we won’t be getting a dose of that Gustin goodness (or any other CW series, for that matter) until the beginning of October. For those of you only concerned with the new superhero series, The Flash will premiere on Oct. 7. (*Insert necessary temper tantrum here*)

October… as in the month after September. Clearly, the network is trying to torture us with this late season debut. It’s a cruel stunt and one that they’ve been pulling for the past few years now, by the way. But we have decided to embrace the excessive time away from our fall favorites by finding new and exciting things to take our minds off this injustice and help ensure a speedy, yet still extremely fun, summer. Just follow these simple suggestions and we promise you — fall will be back in a flash. (Get it?)

What better way to take your mind off certain TV shows than by becoming obsessed with a few new ones? Whether it be Orange Is the New Black, House of Cards, or some random series on Netflix that you’ve always been curious about but just too busy to try — now is the perfect time to finally make it happen. The use of snacks and sweatpants are not only allowed but also highly encouraged.

GO ON A ROAD TRIP WITH FRIENDS

The only thing better than watching adventures unfold on TV is being able to experience them for yourself. A spontaneous road trip with friends will do just that. Don’t make a plan or even use a GPS — just turn the radio up, start driving, and see where life takes you.

Whenever you’re depressed or simply need to unwind, it’s always a good idea to surround yourself with cute things, making animal companionship an ideal way to spend your time. After a few hours (and several Instagram posts) you’ll forget what even made you upset in the first place.

Food. Clothes. Home Decor. Gardening. This site has it all, and we’re not going to lie, it’s pretty intoxicating. But there’s no shame in falling down the Pinterest rabbit hole (and trust us, it’ll happen). We’ve all been there. You promise yourself you’ll only go on for five minutes… then five hours later you’re up to your eyeballs in red velvet recipes. Not that that's ever a bad thing. Just be careful though — once you've started, it's hard to stop.

As hard as it is to believe sometimes, there’s more to life than just TV (or so we’ve been told). Curling up with a good book can be just as addicting. In fact, many of our favorite shows were originally based off of books — just look at The Vampire Diaries and Game of Thrones. So grab those Kindles and let the downloading begin.